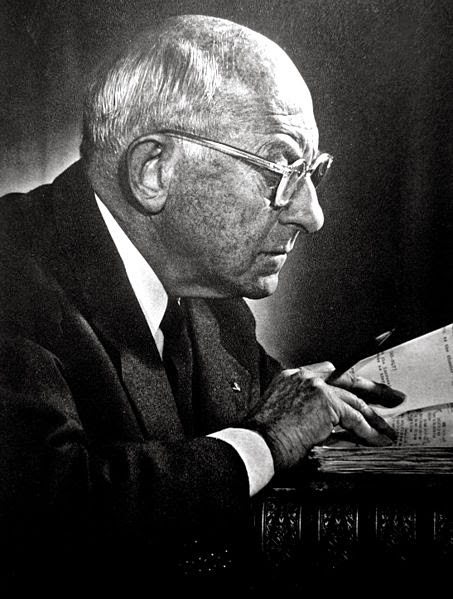 Cecil B. DeMille was an actor, filmmaker and director who was born August 12, 1881, in Ashfield, Massachusetts.  His career as a stage actor began in 1900, and concluded with his final film, The Ten Commandments, which was released in 1956.  For that film, he won an academy award; it is also his best selling film of all-time.  Just this past weekend it was aired on ABC in the buildup to Easter.

Also in his honor, the Golden Globes created a special award known as the 'Golden Globe Cecil B DeMille' award.  If you're a fan of this blog, it won't come by surprise that his last name, or place of birth, have '33 numerology'.
Cecil B. DeMille died at the curious age of 77, due to "heart complications".  The date of his death was January 21, 1959.  You could say Cecil B. DeMille was a 'pioneer of 33 in the movie industry'.
Posted by Zachary K. Hubbard at 4:33 PM