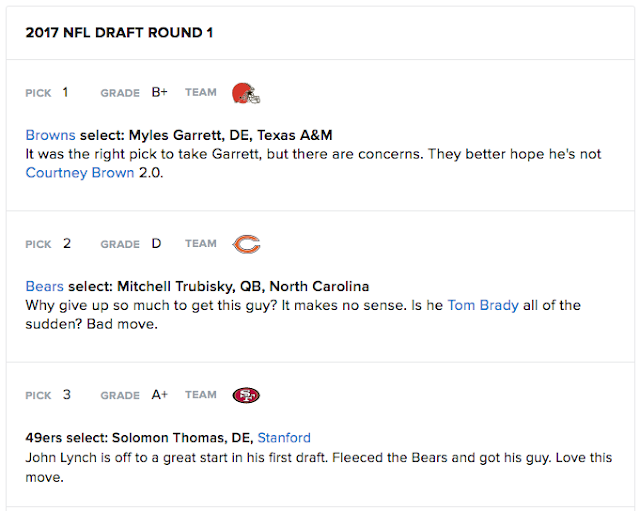 Remember, it's all a script.  So why did Myles Garrett go #1 to the Browns?

Where he went to school, Texas A&M, that spells 'football'.

See my work on the Draft yesterday, it has a very 'Christian / Catholic' theme, which is ordinary.
http://freetofindtruth.blogspot.com/2017/04/29-56-solomon-thomas-trade-between.html

Update:  Here is the August 9, 2017 hype on Myles.  Chosen One = 98 (9/8):
http://bleacherreport.com/articles/2726088-mike-freemans-10-point-stance-myles-garrett-has-the-look-of-a-star?utm_source=cnn.com&utm_medium=referral&utm_campaign=editorial
Posted by Zachary K. Hubbard at 2:43 PM