'Holy Father' connects to Michigan a second way as well. 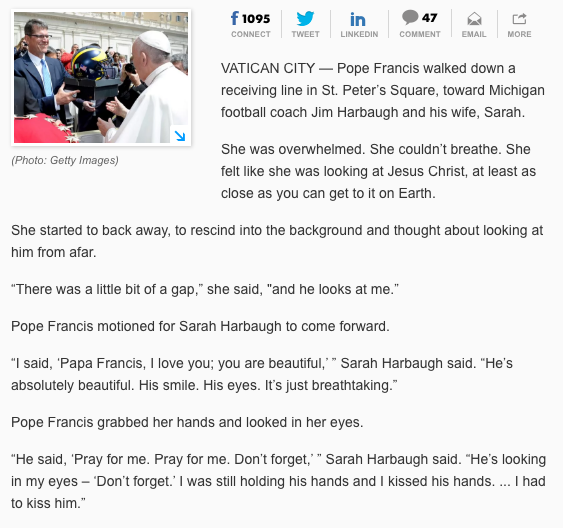 Notice how Jim Harbaugh fits in. 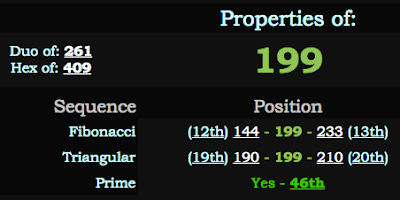 As for Jim's wife Sarah, who had her intimate moment with the Pope...

Watch this older video about why Pope Francis's parade in New York in 2015 ended on 59th St.

Remember when Jackie Kennedy met with the Pope for 33 minutes, March 11? 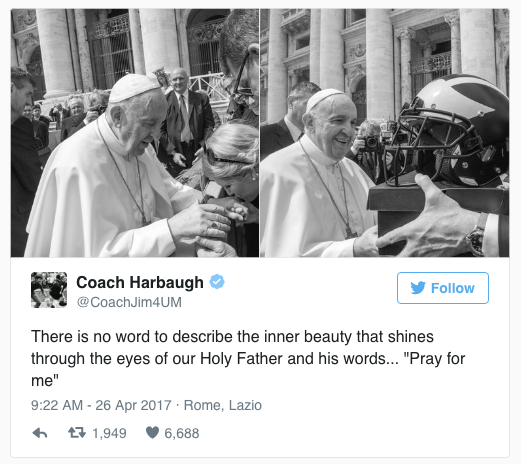 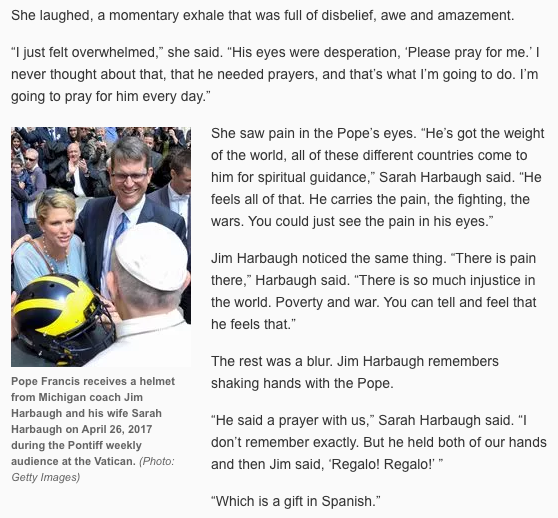 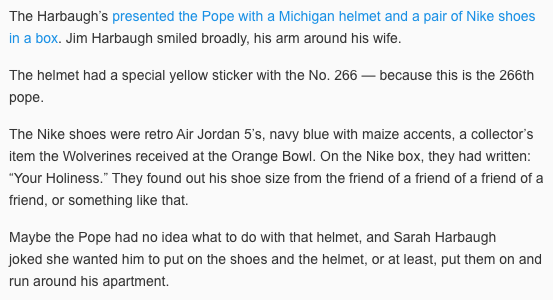 Remember when Pope Francis visited with Barack Obama, September 23, 2015, the 266th day of the year?

Pope Francis is the first 'Jesuit' Pope.  Notice how the name 'Harbaugh' ties in.

Also, notice how the phrase 'Your Holiness' connects to 'Jesuit Order'.

You might recall Villanova's scripted college basketball championship, that was a tribute to the Pope, which had much to do with '44' and '144', April 4, 2016.  In that game the PG for Villanova set the NCAA basketball record with 144 consecutive games played. 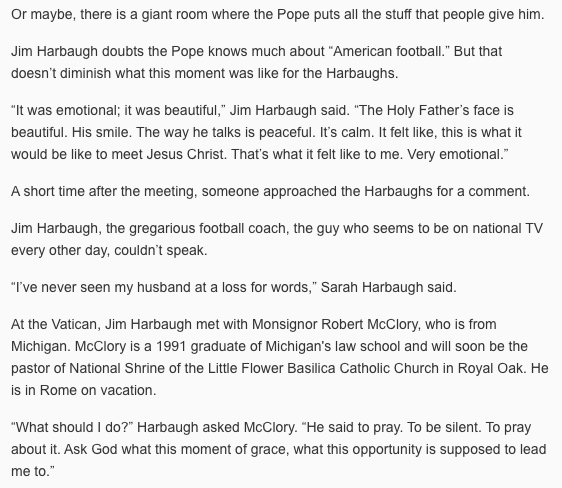 How many times did they compare the Pope to Jesus Christ?  Goodness.  How disappointed would Christians be if they found out Jesus was a Masonic Gangster as well?

Watch Michigan win a championship this year with a Hail Mary from the 42 yard line...

College Football does have the Jesus Gematria after all.

Consider further, there is always overlap between college football and NFL football.  The upcoming NFL season is the 98th season...

This visit came 117-days after Michigan lost in the Orange Bowl, or a span of 118-days.