AND REMEMBER, that film had a lot do with the election, as admitted by the director.

April is also the right month to here from the 'Godfather of Funk'.

We'll see if the 'Godfather' in the NBA (LeBron James) needs to claim George Clinton as one of his souls later this year... don't kid yourself. 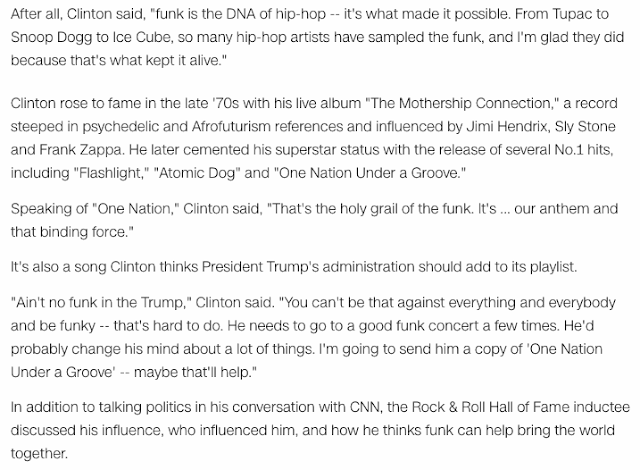