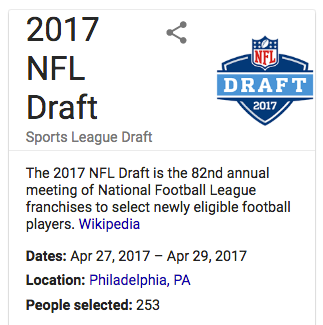 I'm thinking about Harbaugh, the former Stanford Coach, the former 49ers Coach, now at Michigan, visiting the Pope, and how that news came just the day before the start of the NFL Draft, where the big news was the trade between the Chicago Bears and 49ers, the 49ers trading their 2nd pick for the Bears 3rd.

The 49ers, with their 3rd pick, then drafted the local Stanford player.  Prior to that, the Bears took a QB out of North Carolina.  Think about how Harbaugh, was QB for the Bears, from '84 to '93, before going to the Colts.  I'm also thinking about North Carolina, home of the Panthers, who just lost in Super Bowl 50, hosted by the 49ers.  Also, the 49ers coach Seifert once left the team to coach the Carolina Panthers, moons ago.

The name 'Trubisky' also fits in.

Also, think about the team in the 49ers division, the Arizona Cardinals...

The Cardinals are originally from Chicago, and have the longest active american pro sports championship drought, only because the Chicago Cubs ended their drought in November of 2016. 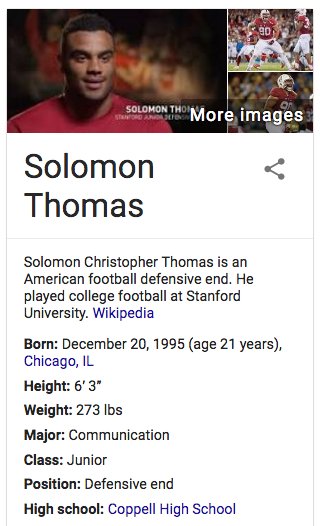 This man's name is very Biblical.  Solomon Thomas is a lot like Solomon's Temple.

'318' is also a very Biblical number, having to do with the return of Jesus Christ.

Notice the Gematria of Stanford and Solomon Thomas.

The 8th pick is now in, by the Carolina Panthers, and it is also from Stanford! 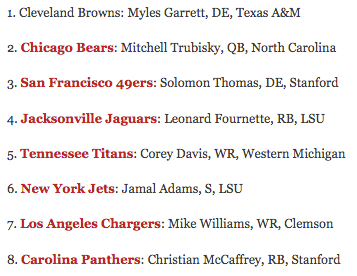 Someone tell me when they last time white running back went #8 or better was!

The Cardinals drafted a player from Philadelphia, where the draft is being held. 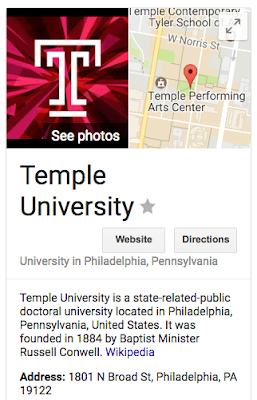 Consider the flag was sewn at 239 Arch St. in Philadelphia and the flag is currently 239-years-old. 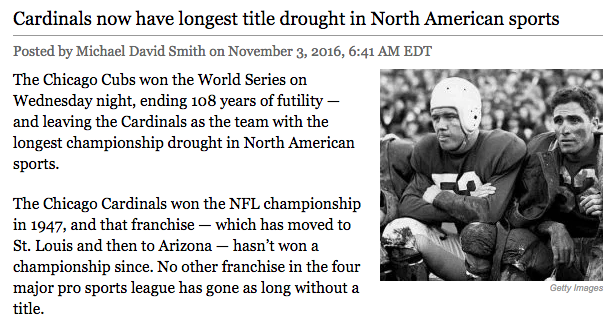 The Cardinals are going to have to make some moves to become a contender.  But the numbers are very much in their favor.  Don't forget their head coach was with the Steelers before joining the Cardinals, who lost their owner in the off season by the numbers.  The owner of the Steelers was a Jesuit.

The Steelers owner died 98-days before the start of the 98th season.  The Cardinals, being one of two founding teams, are in their 98th season as well. 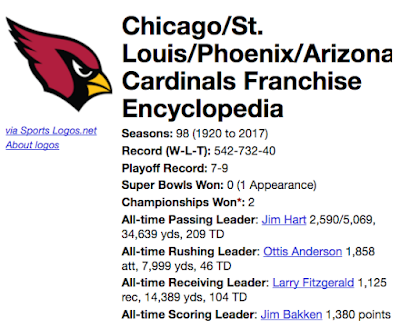 Remember, the Cardinals play in Glendale, Arizona, connecting to the Jesuit Order as well.

For the record, this will be the Steelers 85th season.