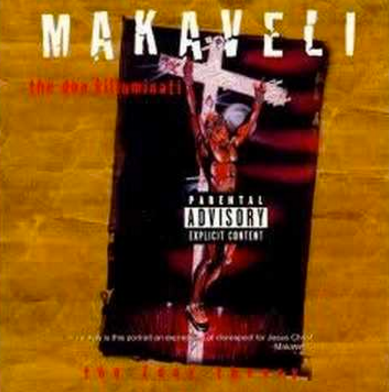 Anyone want to make this the right way?   I still haven't figured out how to make the memes myself.

Maybe you could tie in the fact that Biggie died 74-days before his birthday, and then 'Roc-A-Fella Records' took over, aka '74'.

You could even expand on this...

And checkout what is hidden in February Thirteenth, the 44th day of the year.

Remember, Tupac's mother's death was announced on the real Machiavelli's birthday, May 3.  That was 44-days before Tupac's birthday anniversary, June 16, or 16/6.  Secret Society = 166

ALSO... in Scarface's song Smile, for the music video, Tupac is also on the cross.

There's going to be some things that make it hard to smile.