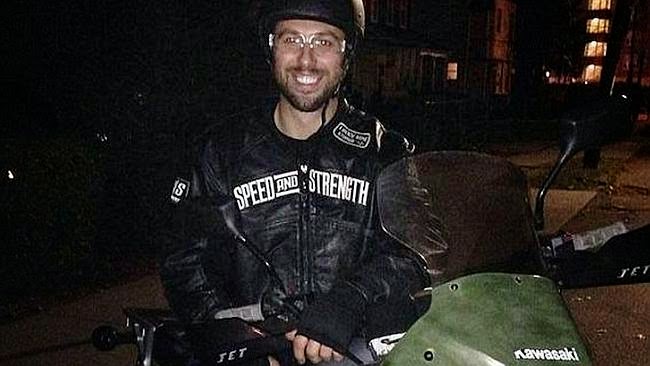 There is a story in the mainstream media about the confirmed remains of a missing motorcyclist, Harry Devert, who was previously on a journey from the United States down through Mexico.  He has been missing since January, and today it is confirmed that it is his body found in a plastic bag in the desert.
Harry Devert was a 32-year old Wall Street trader prior to his death.  The last known communication from him was a text to his girlfriend through the WhatsApp app.
Per CNN's reporting on the matter, Harry Devert's mom is having lawyer Darren Del Sardo represent the family in the matter of her son's death.  To what purpose he is serving is not clear.  What is clear however, is that his name numerology is very strange.
Let's close by looking at this excerpt from CNN's reporting, explaining the details of the final text he sent his girlfriend.  Please notice within the details that he was receiving a "military escort".  Ask yourself, doesn't that seem curious?  I thought he was just on a motorcycle trip across countries?

"Just got an hour and a half long escort out of some area it was too dangerous for me to be," the message said. "Stopping for lunch and ... voila Internet. ... Gonna get back on the road soon. Apparently there's another military escort waiting for me in some other town... I'm running way late because of the crazy military stuff...hopefully get a chance to talk to you tonight when I (hopefully) finally arrive."

He had checked out of a bed and breakfast in Michoacan and planned to travel to a beach in Zihuatanejo, on the Pacific Ocean, that was in the final scene of the film "The Shawshank Redemption," according to friends and family.