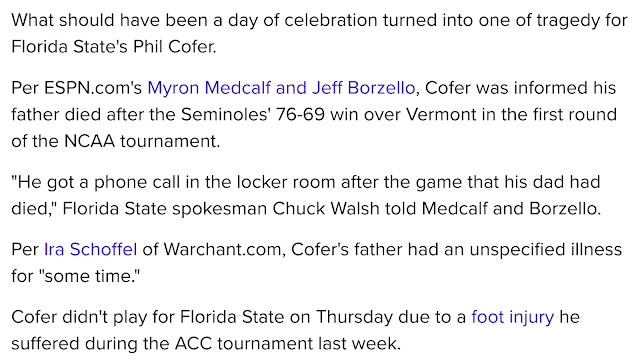 His father was 58-years-old.

He died on the first day of March Madness, the tournament that began in '85.

Don't call it a coincidence.

This death came on the Spring Equinox, what used to be the New Year.

And notice the father died 9-months and 2-days before the start date of the tournament. 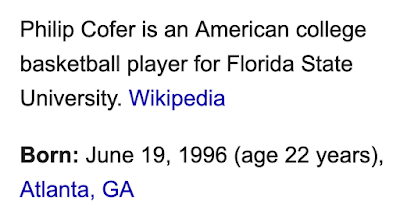 From Florida State's win in the round of 32, to his upcoming birth is 88-days.

Florida State picked up their 29th win of the season in that game.