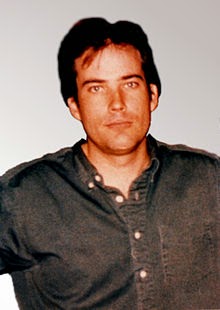 These hoaxters, these fakeologists, these assholes- they really torment us as if we're morons and somehow we fall for it.  The worst part is, us one eyed fools in the land of the blind, we're ridiculed for stating the obvious, that is the ongoing hoax that is our government, media and culture.  The whole thing, the living soap-opera, is nothing but shenanigans when melted down, and the problem with these shenanigans, is they are hurting everyone, better yet, everything living on this planet; all of our lives are hampered, some much more than others, through debt, violence, poverty, low wages, high cost of living and other unnecessary obstacles, such as Orwellian security in our airports which have never been dangerous places, not until the hoaxters made them so with our media, which is the media for their ongoing PsyOps and their "shows" which have debuted on dates such as June 6, November 22, April 4, September 11, and many others.  From JFK to 9/11, these have been made for television events, meant to torment our psychology, and they have served their purpose.  Not only that, they are continually referred to as reminded of.

In this post, I focus on the 1996 Olympic Bombings of Atlanta, Georgia, which are located on the 33rd Parallel North, and are in a city abbreviated ATL.
The bombers name is Eric Robert Rudolph.  If you read this blog, you know what name sticks out like a sore thumb.  It is "Robert", which a name with a Gematria of "33".
That is some pretty special numerology; 26, 33, 99- all very meaningful to the elites, and all very often coded into the names and dates of the ongoing psychological operations against us.

Erich Rudolph is said to have been born September 19, 1966, notice the year '66.  That is the same year the ground was commemorated for the WTC construction, which would begin two years later in 1968, and 33-years before 2001 and September 11, 2001.  In 1968, George W. Bush graduated from Yale and Skull and Bones and 9-1-1 was made the national emergency dialing code.  That was also the year MLK and RFK were assassinated.  In the case of Robert Kennedy, he was assassinated by Sirhan Sirhan on 6/6, much like the year '66.
What I'm saying is we are witnessing "acts" according to the "numbers".  Check your Bible, it is made of 66 Books, 39 in the Old Testament, 27 in the New.  The fourth books is titled "Numbers", and in numerology, "4" is the foundation.  You will find that many of the numbers in the Bible, align very well with the numbers you see in this country.  For example, the final Book is titled Revelation, and the numbers used most in that book, far and beyond, are 7 and 4, much like the nation's birthday.  This is the tip of the iceberg.  To learn more, please read this blog and expand your mind.  You have to be open.  Yes, this goes against the world you thought you knew- but ask yourself, does the world you thought you knew make much sense?
...Does it really?
Posted by Zachary K. Hubbard at 7:11 PM