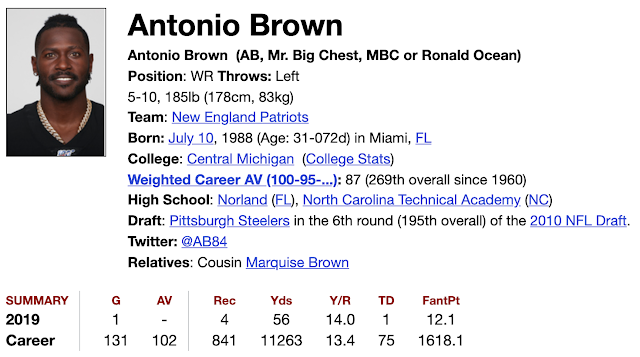 Notice Brown's contract with the Patriots was for $15-million, $9-m of which was guaranteed, like the date of the game, 15/9.