Notice the score is 13-7 at this moment. 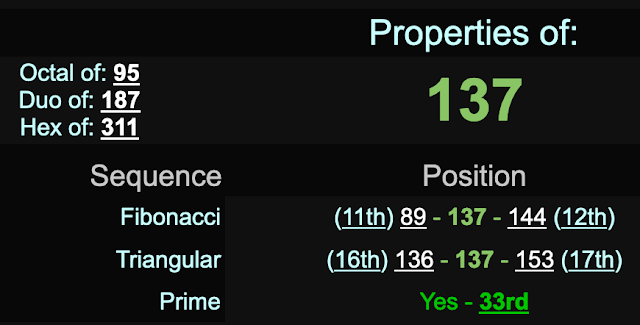 The fumble return was 33-yards.

Read this old post about the Beast Quake and 33:
https://freetofindtruth.blogspot.com/2014/09/33-seahawks-rigged-super-bowl-and-beast.html

First of all, what a purposeful mindfuck the NFL just did to Seahawk fans.

It was a 3 part FU to all Seattle fans.

1.  Talk about the "Beast Quake", Marshawn Lynch's epic run and the show the highlight.

2.  In a second of the highlight ending, the Seahawks current RB has a 30-yard rush...

Notice there are 33 seconds on the clock when the TD is scored, on an obviously scripted, "NO ONE CAN MAKE A TACKLE" play. 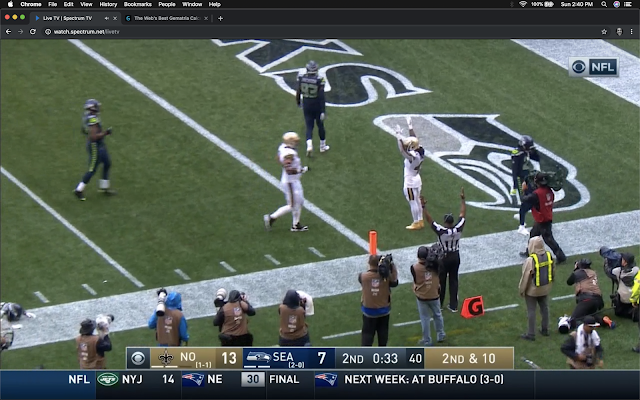 Before that, they zoomed in on Teddy Bridgewater, with 42 seconds on the clock. 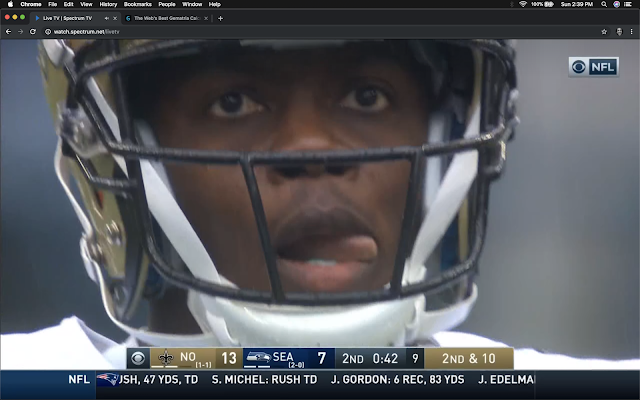 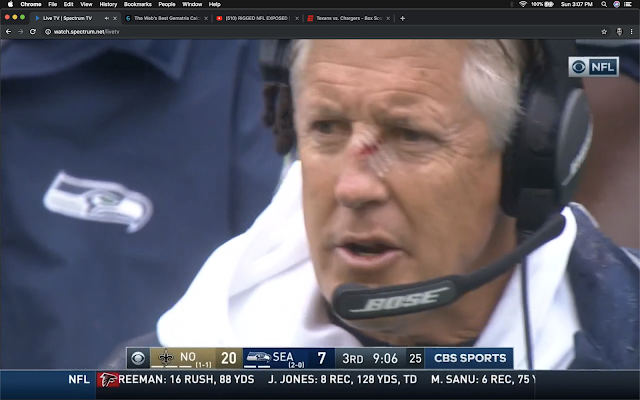 And look who is grinning on the opposite sideline. 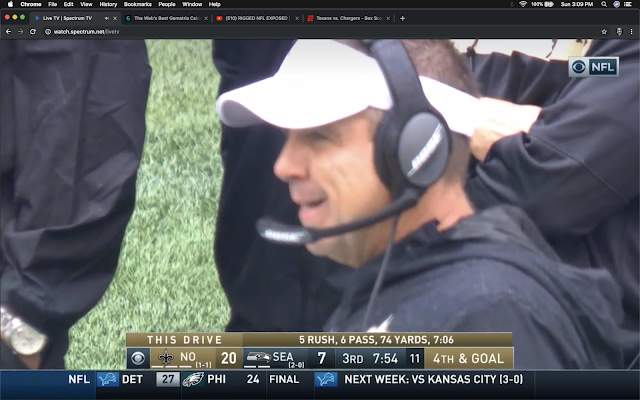 Then it got worse. 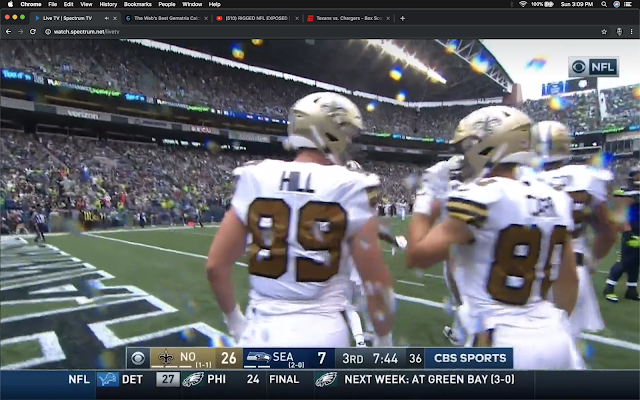 
In the beast quake game, the winning score was 41-points.

Of course, #41 is having a big day for the Saints, at Seattle, all these years later. 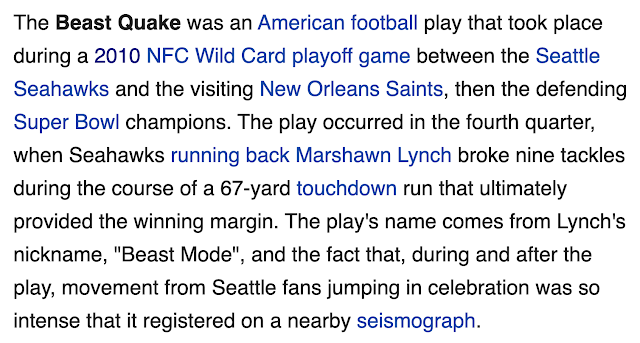 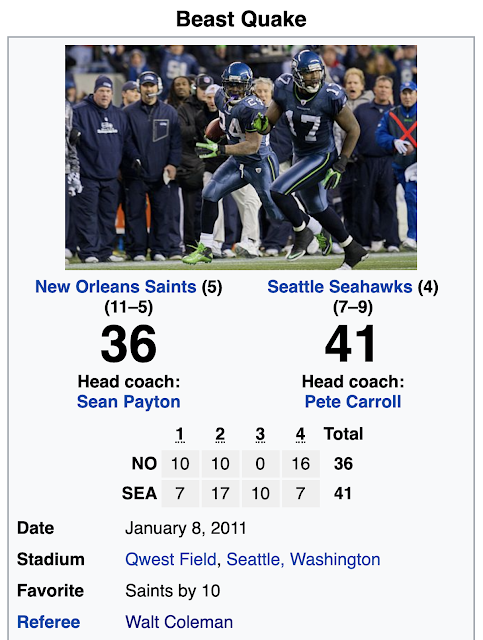 And recall, the beast quake ritual TD gave the Saints their 13th points.

In the end, it was #41, Kamara, who put away the Seahawks, after drawing a PI to get them to the goal line. 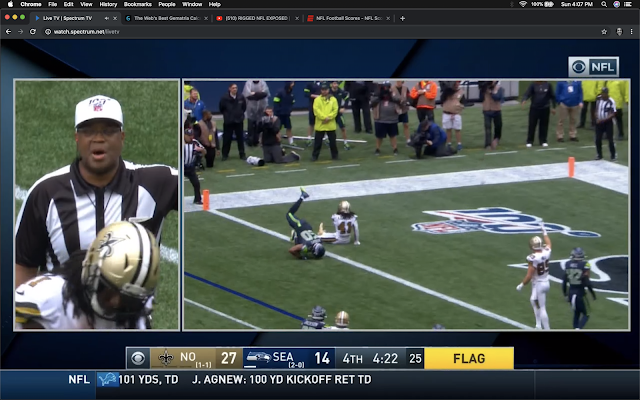 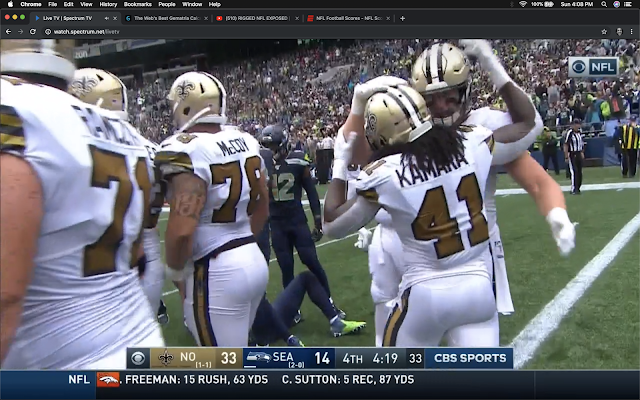