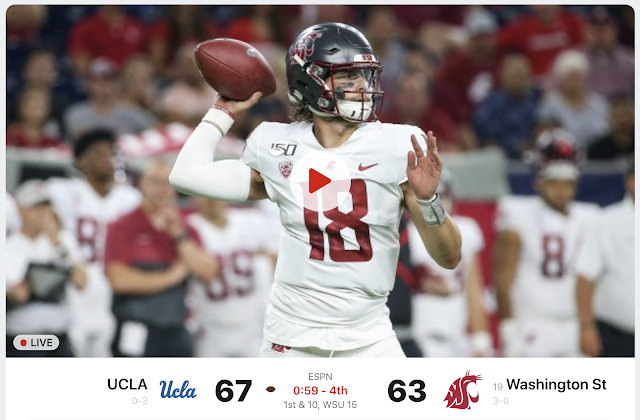 Tomorrow, Sunday, in the NFL, a WSU QB will start his first game vs. Tom Brady.  That person is Kevin Falk Notice that will be on Minshew's 130th day of his age.

Here's the funny thing about Kevin Falk, playing Tom Brady, and on the date September 21, 2019, 18-years after Brady got his first NFL action, against the New York Jets, after Drew Bledsoe was injured, who is also a WSU quarterback (Washington State University).

From Falk's birthday to the game is his 269th day of his age.

Notice this headline from Falk.

Here's how the numbers fit in.

For starters, the September 22, 2019 game between the Jets and Patriots is 220-days after Drew Bledsoe's 47th birthday.

As for the 67, notice Washington State lost to UCLA who scored 67.

Making things stranger, both men were the 199th pick of the NFL Draft, Brady and Falk. 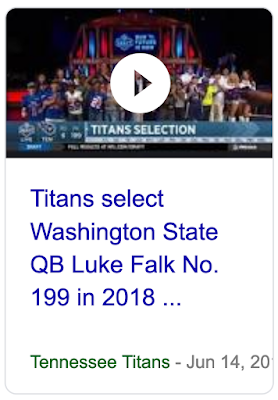 Read this article about Brady and Falk parallels, including how they are both making their first starts at the age of 24 (Falk = 24):  https://www.msn.com/en-us/sports/nfl/5-things-jets-qb-luke-falk-and-tom-brady-have-in-common/ar-AAHAIIJ

The thing about Washington State this year, 2019, is that they are in their 100th football season, like how the NFL is in its 100th season.

WSU was up 49 to 17 when UCLA turned the momentum in a huge way.  SCRIPTED.

The game was put away with a sack-fumble, and the clock was stopped at 59 seconds.

Now here is the next bit of weirdness.

Minshew won in Jacksonville this week, getting his first NFL win.

That was September 19, 2019, the day leaving 103-days left in the year, and 103-days after the anniversary of the death of Andrew Jackson, the Freemason leader of the state of Tennessee, who Jacksonville beat.


Recall, Thursday Night Football, Week 1, was won by the Packers over the Bears, 10-3, a span of 103-days from the death of Bart Starr.

Read more about that here:
https://freetofindtruth.blogspot.com/2019/09/103-aaron-rodgers-and-patrick-mahomes.html

Keep in mind in Brady's first career game, vs the Jets, the score was 10-3. 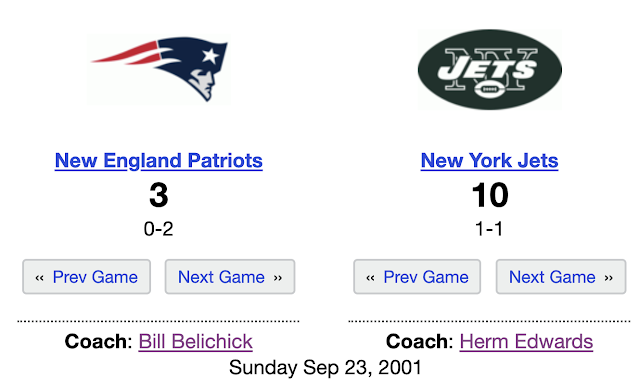 *It is also 50-days after Brady's birthday.

There's a player that reminds of 50, Brady's hero, being from the Bay Area, Joe Montana.

Adding to the weirdness, if Jimmy G loses tomorrow, he will become 10-3 as a starter, vs the Steelers.

And even more, Aaron Rodgers, who played at Cal, in the Bay Area, can earn his 103rd regular season win.

For another one, Matt Ryan, who Brady beat in Super Bowl 52, is on 103 regular season wins.