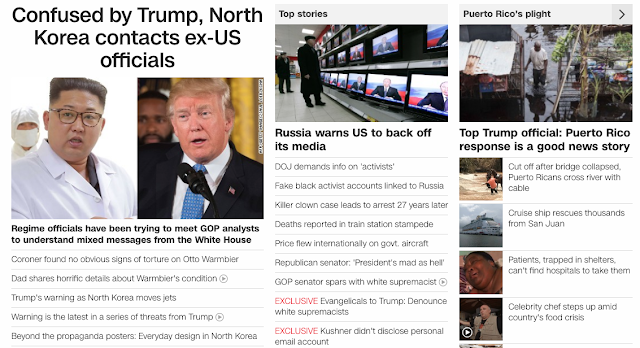 Remember, the U.S. fought against Korea and Russia in the Korean War, after World War II.  That war began on George Orwell's birthday, June 25, 1950.  Notice the headlines above, and think about the ongoing theme with Trump, Russia and North Korea.... plus 1984.