Aaron Judge, a new record, on Yom Kippur, the day of Atonement, the day of "judgement"....

Babe Ruth had a standing record of '32'.

There are "32" paths in Kabbalah.  That ties in with this being Judge's 52nd home run.

Even better, this comes on September 30. 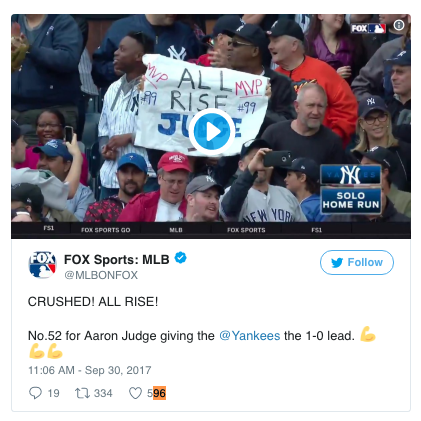 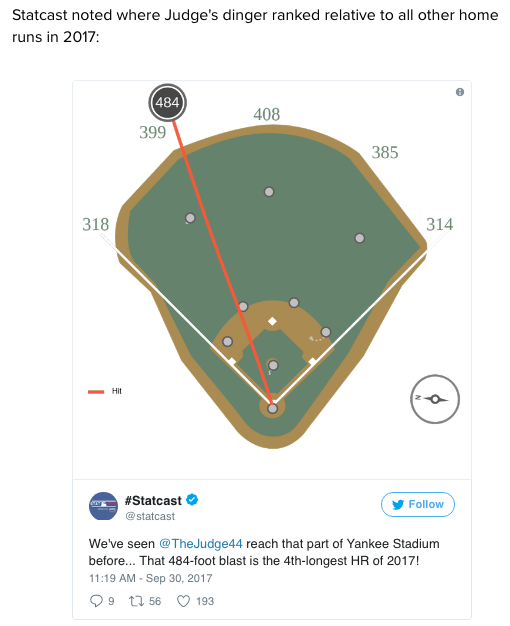 More evidence of how in pro sports, the entire season is scripted.  There's no way it is an accident this comes on "September 30", "39" day, for a "New York" record.