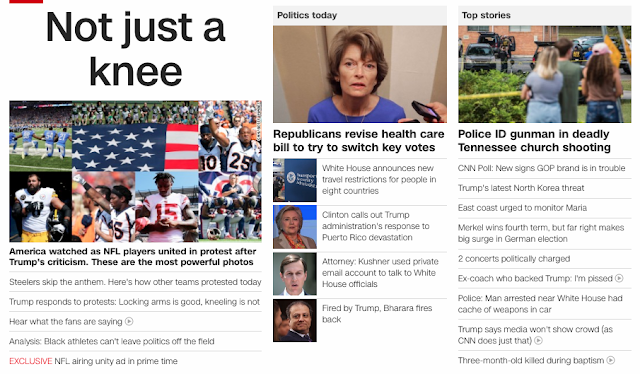 Notice they use the Denver Broncos, who were used as the 'white' symbolism in Super Bowl 50, which I predicted light years before it happened, for the "race war" being played out in the media, and in the NFL.

Super Bowl 50 was played in the Bay area, where the Black Panther Party was established.  Cam Newton was the QB for the "black panther" team.  The weekend before the Super Bowl, the new OJ Simpson show came out, with the 'White Bronco" chase.  OJ Simpson, NFL, race...