So the story of the nation is Donald Trump vs the NFL.  Again, the kneeling for the anthem theme began in the Bay Area, and just yesterday Donald Trump uninvited the Warriors who were going to visit the White House for winning the NBA Finals.  The Warriors are also from the Bay, like Colin Kaepernick, of the San Francisco 49ers, who began the trend.

It reminds of how Trump became President at 70-years, 7-months and 7-days old.

Talk about "born for the job".  Don't ever forget his Serta commercial, 2010.

Update:  The Redskins won with 27.

This was a race ritual using the REDSKINS.  Think about it.

Don't forget the Black Panther Part was established in Oakland.

Here is the relevance of 27.

Trump on the 27-year anniversary of the fall of the Berlin Wall.  Berlin Wall = 45

Matthew = 27; 27 Books in NT, beginning with Matthew, the tax collector. 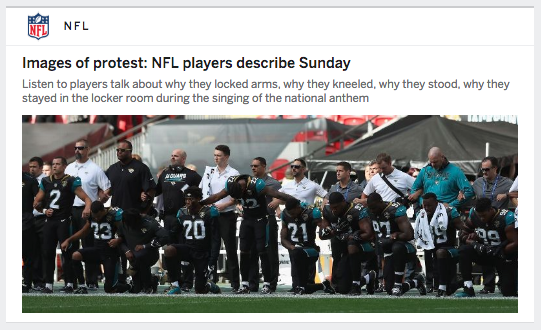 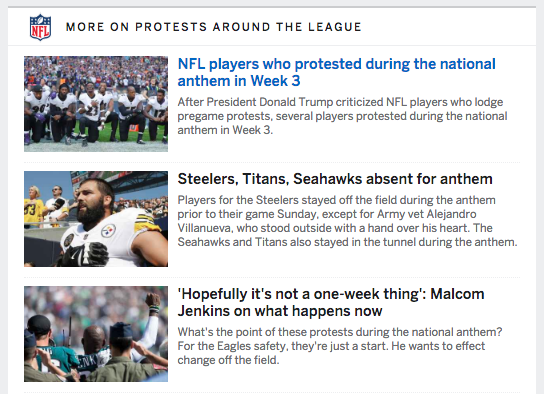