This is the story that the 9-1-1 dialing code came out of. 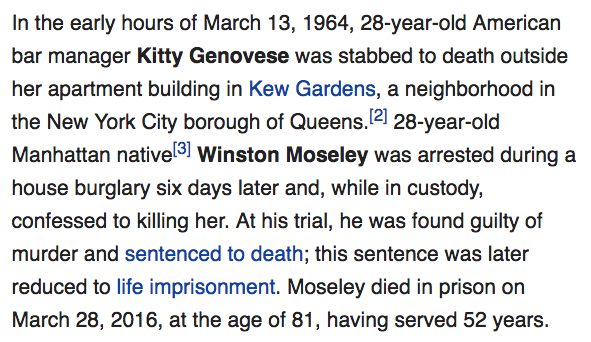 If you listened to my radio show, a man called in and said the author of the story, who reported 38 people didn't call the police, when asked about where he got the number 38 from, left the interview.

Remember, 9-1-1 would be made the national dialing code in 1968 because of this story, the same year WTC construction began, the same year Bush graduated from Yale and Skull and Bones. Winston Moseley, the black man blamed in the fake story, in '64...

*Winston was the main character of the fictional novel 1984, which has much to do with propaganda.

One more time about the Jews and 38, since it is Rosenthal telling us about the number.

Kabbalah, where a key component is studying the relationship with letters and numbers.
Posted by Zachary K. Hubbard at 10:09 PM