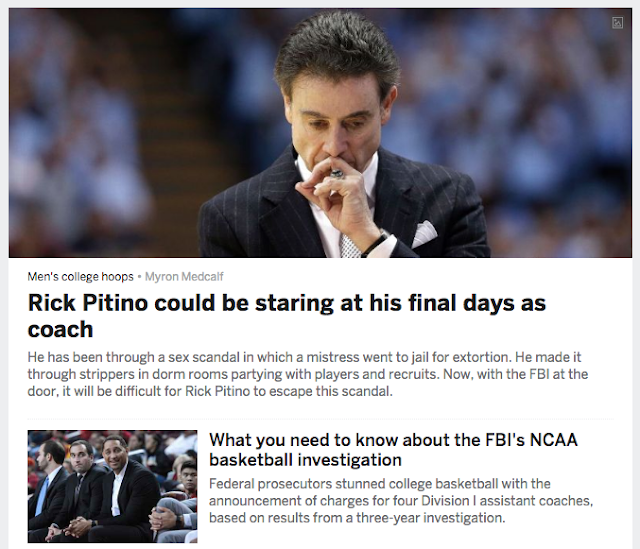 Rick Pitino has always carried the image of mafioso.  Now his career might go down in an FBI investigation, no different than the legacy of a mob boss.  Obvious theater.

Update:  Pitino is out, on the Jesuit Order's birthday, the real mafia gangsters. 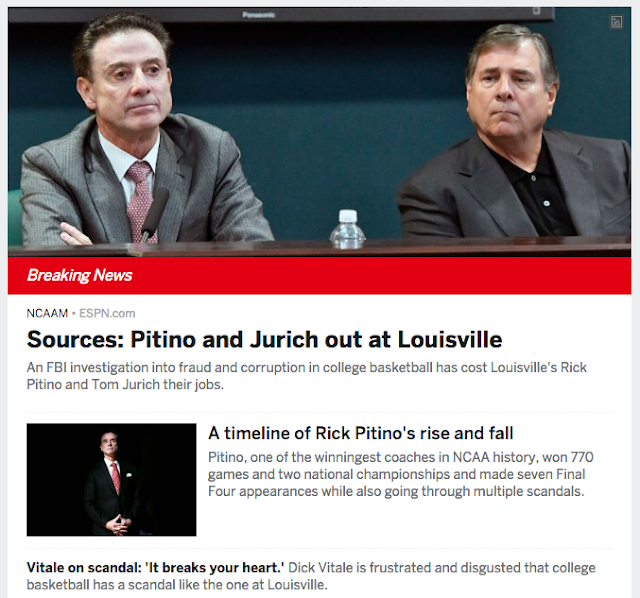 Remember, Louisville's symbol is the Cardinal, which is a Catholic word and symbol.  Again, it is the Jesuits who control the world of collegiate / professional sports.
Posted by Zachary K. Hubbard at 10:11 PM