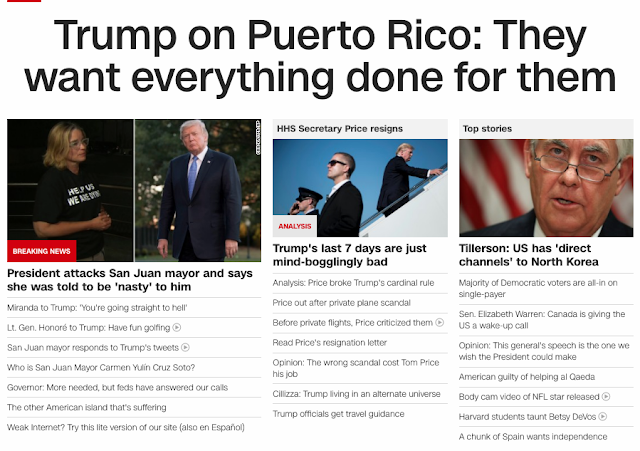 It isn't a hard narrative to see through.  This is the same Donald Trump who once said, "The Mexicans are doing the raping" and began his Presidential campaign as a typical right wing anti-Latino loser.  Now here he is making nonsensical statements about the people of Puerto Rico (mostly Latin) who were purposefully targeted by a coordinated military attack.

It isn't legal to threaten a President, but when his term is up, and he isn't the President, this is a guy who needs to have his head kicked off like a soccer ball.  Same with every person who voted for him, a choice that deserves worse than death.  Stupid people are a plague, and when you don't kill the plague, it spreads.  Take a look around.  There's a war going on, with no one fighting against the opposition.
Posted by Zachary K. Hubbard at 11:49 AM