The rookie running back for the Chiefs has the last name Hunt, same as the man who established the Kansas City Chiefs, Lamar Hunt. 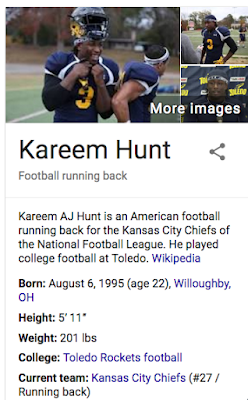 Lamar Hunt was associated with the Dallas Texans and founder of the Kansas City Chiefs.  He was born in 1932. 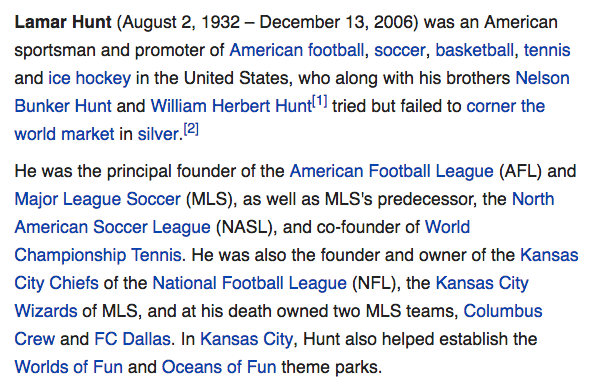 His name entirely breaks down to 9.