33 | Are "Lottery Winners" Faked? | George Orwell Thought They Would Be 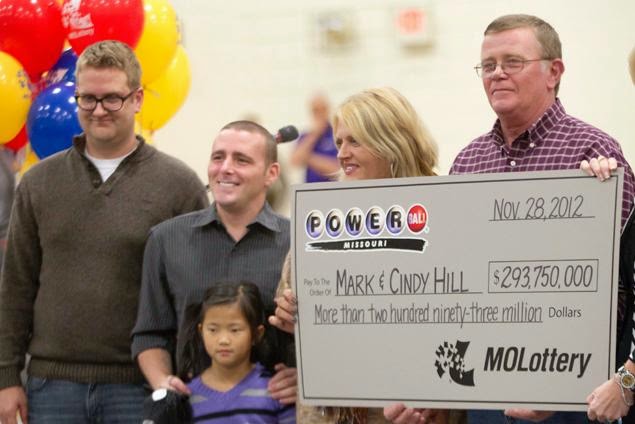 Have you ever considered that the biggest payouts for the lottery are never really received by anyone?  Have you ever considered the winners who have their faces shown on the television are actually paid actors, meant to sell the lie?  This very well might be happening, please read here.  With that thought in mind, let us read the following passage, courtesy of George Orwell's 1984, about the lottery,.


“The Lottery, with its weekly pay-out of enormous prizes, was the one public event to which the proles paid serious attention. It was probable that there were some millions of proles for whom the Lottery was the principal if not the only reason for remaining alive. It was their delight, their folly, their anodyne, their intellectual stimulant. Where the Lottery was concerned, even people who could barely read and write seemed capable of intricate calculations and staggering feats of memory. There was a whole tribe of men who made their living simply by selling systems, forecasts, and lucky amulets. Winston had nothing to do with the Lottery, which was managed by the Ministry of Plenty, but he was aware (indeed everyone in the party was aware) that the prizes were largely imaginary. Only small sums were actually paid out, the winners of the big prizes being nonexistent persons.”


Let us now look at an excerpt from this article, courtesy of Forbes.com, about the "11 Biggest Lottery Winners Ever".


Below is a list of the people who’ve won the biggest payouts in American lotto history to date. These folks nabbed their 15 minutes of fame and–if they played it smart–the chance to never have to worry about money again. Here’s what they said they planned to do with the money:

1.Merle and Patrica Butler of Red Bud, Illinois and three teachers calling themselves The Three Amigos in Milford Mill, Maryland, as well as an anonymous winner in Ottawa, Kansas, shared the $656 Mega Millions jackpot March 30. That’s $218.6 million each.
Merle and Patricia Butler were the only winners to come forward publicly, and they were coy about how they planned to spend the money, saying only that they’d take the lump sum of $157 million and spend on the advice of their financial planners and attorneys. What savvy folks. Patricia did tell one media outlet that the couple would “do some real good” with at least part of their dough. Doubtless everyone in their town of 3,700 would notice if they built a backyard sauna or turned their home into a McMansion.

3. Holly Lahti, of Rathdrum, Idaho, won Mega Millions on Jan. 4, 2011: $380 million
Lahti, a single mother, reportedly quit her job as a customer service representative at a bank–and then practically went into hiding. But her estranged husband, Josh Lahti, wasn’t shy about sharing his opinion on his wife’s winnings. ”That’s awesome! I won’t have to pay child support!” he told the Associated Press when a reporter informed him of his wife’s good fortune.
Turns out Holly had good reason to hide: reporters did some digging and found out that the couple was never legally divorced, or even separated, giving Josh a potential, if tenuous, legal claim on Holly’s lucky ticket.

4. Eight workers from a ConAgra meatpacking plant in Nebraska, won Powerball on Feb. 18, 2006, and shared the winnings: $365 million
Seven men and one woman, whose jobs it was to process hams and corned beef, split the winnings. Three immediately quit their jobs, the Today Show reported. Others, after learning they were now millionaires, reported straight to work for the graveyard shift. Two of the winners were immigrants from Vietnam, one from the Congo. Alain Maboussou, the Congolese immigrant, said he planned to use the money to get a business degree. When the lone female winner was asked if she was married, she responded “No. It’s all mine.”

5. Joe and Sue Kainz of Tower Lakes, Illinois, and Larry and Nancy Ross of Shelby Township, Michigan, won The Big Game on May 9, 2000: $363 million
Before coming forward publicly, the Kainzes entertained themselves by driving down to the convenience store where they had purchased the winning ticket and watching harried reporters try to find them, according to the Mega Millions website.  They even spoke with one reporter–without, of course, admitting who they were.
Joe Kainz told reporters he and his wife would pay down debts, put money into their brewery, and fix their home’s leaky roof.

6. Robert and Frances Chaney of Jacksonville, Oregon, and Steve and Carolyn West of Medford, Oregon, won Powerball on October 19, 2005: $340 million
Steve and Carolyn West actually told the world what they did with the money after they’d spent it: People magazine reported that the Wests bought a 6,400-square-f00t home on six acres, complete with a hot tub, a pool and a 30-ft. water slide.

7.Louise White of Newport, Rhode Island, won Powerball on February 11, 2012: $336.4 million
White reportedly kept her winning lottery ticket in her Bible, which she slept with until she could get to a bank and put it in a safety deposit box. She hired attorneys and formed a trust that would benefit her family, dubbing it Rainbow Sherbert Trust–after the frozen treat she bought while purchasing the winning ticket.

8. Kevyn Ogawa in San Gabriel, California, and James “Jimmy” Groves of New York City, shared the Mega Millions winnings on August 28, 2009: $336 million
Groves, who lives in Harlem and worked in Madison Square Gardens, told the New York Post that he was flooded with calls from friends and acquaintances wanting money. ”It’s a dream turned into a nightmare,” he said. “Winning is the beginning. Living with it is pure hell.”

9. Erika Greene, of Dacula, Georgia, a family in Illinois, and a New Jersey resident shared winnings from The Big Game on April 16, 2002: $331 million
Greene, who worked at a cell phone office, showed up at the lottery ticket office in a stretch limousine, and told reporters in Georgia that she planned to buy a car and a house. Greene also said she planned to have someone else call the financial shots for her. ”I’ve studied up on statistics and I am going to have someone handle the money for me,” Greene said. “I’ll make my money work for me instead of blowing it all.”


With regards to the word "Power" in "Powerball", it has very American numerology.
In regards to September 11, that was a day after Donald Rumsfeld announced the Pentagon could not account for more than two trillion dollars in spending from the years 1999 and 2000.  So in the end, it always comes back to money, and that might be more than enough motivation to spoof the lotto and its "lucky" big winners.  Think of all the poor souls who spend their hard earned dough hoping to strike at rich, when the possibility is slimmer than slim, it is nil.