44 | Kurt Vonnegut Jr.'s April 11th Death and How It Parallels His Mother's Suicide | +Was Dresden Firebombed Because of "33"? 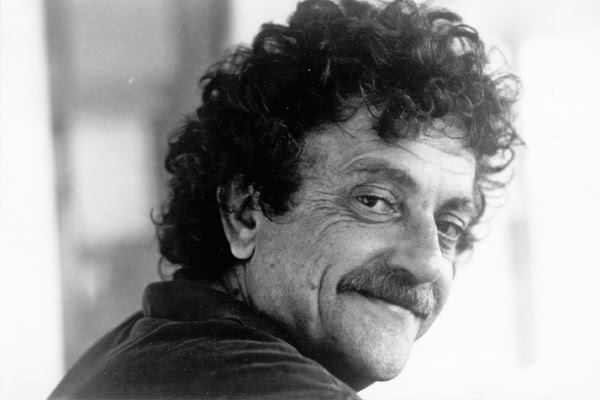 Kurt Vonnegut Jr. was my favorite author growing up.  I was sad to see him go when he passed.  At the time I never suspected he was murdered, but these days I'm thinking twice.  Why is that?  Well, because I see a very curious pattern in the deaths of many celebrities, from JFK to MLK to even Kurt Vonnegut.  Let's get into it.
I call the number 62 the "think numerology".
Kurt Vonnegut Jr. was born November 11, 1922, or 11/11/22.  I always knew this about him, because a central them in his writing is speaking about Armistice Day and how displeased he was to see the Holiday changed to Veteran's Day.  To him, Veteran's Day was meaningless, but Armistice Day, which was about peace from far, was sacrosanct.  Of course, this holiday takes place on 11/11 to commemorate the end of World War I, which supposedly ended at the eleventh hour of the eleventh day of the eleventh month; aka 11-11-11; aka 33.

Kurt Vonnegut was born to father Kurt Vonnegut Sr. and mother Lieber Vonnegut.
With regards to his mother, it is said that she committed suicide on mother's day of 1944, notice the year '44, a number that has much to do with assassination, from Julius Caesar, to  MLK, to the Pope to William Henry Harrison.

In addition to being an author, Kurt Vonnegut Jr. was a veteran of the Second World War, and one who lived through the firebombing of Dresden that was conducted by allied forces at the end of World War II.  This experience shaped his writing career and is central to his most famous title, Slaughterhouse-Five.  There is something the word "Slaughterhouse" has in common with the name Kurt Vonnegut.
On April 11, or 4/11, of 2007, Kurt Vonnegut Jr. was found dead.  Reportedly the cause of death was that he fell, hit his head, and the injury resulted in his death.  This is much like the cause of death for Ann Davis who starred in the Brady Bunch.  There is a connection between the date 4/11, and the number 411, and the number 44, as 4x11 = 44.  In the case of the JFK assassination, it took place when a shot came from 411 Elm St.; at least so the official story goes.

As a fan of Vonnegut, I was always amazed by how ahead of his time he was.  In his book Galapagos, he writes about a device that is much like the modern day "Smart Phone".  Galapagos was published in 1985, more than two decades before the smart phone was invented.  If you've never read Vonnegut, I recommend doing so.  It saddens me to think he might have met his maker at the hands of some very bad people; then again, his fame might have come from being born into what he was born into.  It should be noted that Vonnegut is said to have attempted suicide unsuccessfully multiple times in his life.  I always wondered why that might have been, perhaps now I see.
Let us close by asking ourselves if the most deadly event in all of World War II, the fire bombing of Dresden, was orchestrated because of its "33 numerology"?  This is much like the August 6, 1945 bombing of Hiroshima by the Enola Gay.

One last point, Vonnegut died on a date that has much to do with 'assassination in Jewish Gematria', the date of 4/11.  Also, he has a life number of '44'.