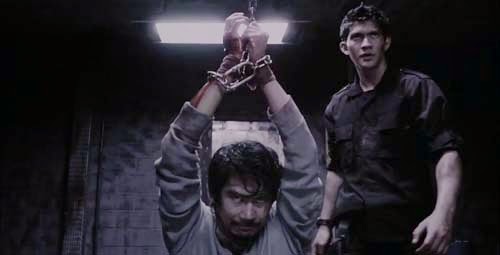 My friend brought a movie over the other day and said I had to watch it because it was 'the best action movie he had ever seen'.  You know how people get excited.  It was the film The Raid: Redemption.  The main character in the film, who is an absolute martial arts machine and very fun to watch, is named "Rama".  As soon as I saw these letters on the screen, I smiled big.
At the end of the film, I had to check out the rest of the writing credits and character names and right away at the top of the IMDB it states that the movie had a cast of '119 people'.  Notice the number 119, much like 11/9 and 9/11.

The movie also has a sequel, and it is about the story of Rama and new character "Uco".
That's a lot like Hip-Hop and many other things, as the numbers 33 and 39 seem to have a close association with each other in numerology, especially to the occult.
It should be noted that Lord Rama is associated with Hinduism and God Vishnu.
In conclusion- chalk this up as another example of 'deliberate 33' in movies, and if you enjoy cinematography and action... and can deal with what one might call "more realistic gore", you might also want to watch this movie as well as the sequel.  In a rare case, the sequel might even be better than the first.
Posted by Zachary K. Hubbard at 1:19 AM