33 | "Woodson" in Sports and Black History 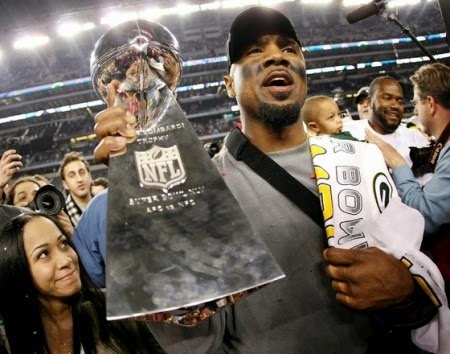 Woodson is a common name in the world of sports.  They are Heisman winners, Super Bowl Champions, NBA Champions, Pro Bowlers, All-Stars, Head Coaches, and in the case of Darren Sharper, even disappointments.  Outside of the world of sports, I've never met a Woodson.  Here are some Woodson names from Sports you might recognize.
There's something all these men have in common, and it extends beyond the name "Woodson" in professional sports.  It is this sacred numerology, of "33", and in the case of Ron Woodson, "47" also, which is a paired number with 33.


"Roderick Kevin Woodson (born March 10, 1965) is a former American football cornerback and safety who played in the National Football League (NFL) for seventeen seasons. He had a 10-year stint with the Pittsburgh Steelers and was a key member of the Baltimore Ravens' Super Bowl XXXV championship season. He also played for the San Francisco 49ers and Oakland Raiders, wearing the jersey number 26 throughout his career" - Wikipedia.com

"Charles Woodson (born October 7, 1976) is an American football safety for the Oakland Raiders of the National Football League (NFL). He played college football for the University of Michigan, and led the Michigan Wolverines to a national championship in 1997. Woodson, a "two-way player" who played both offense and defense, won the Heisman Trophy in the same year, becoming the first and, so far, only player to win the award as a defensive player.[1]"- Wikipedia.com

"Darren Ray Woodson (born April 25, 1969) is a former American football safety in the National Football League. He played his entire career for the Dallas Cowboys from 1992 to 2004. He was drafted by the Cowboys in the second round (37th overall) of the 1992 NFL Draft out of Arizona State University." - Wikipedia.com

From that list of players, Darren Woodson is easily the worst, but isn't it interesting how they all have very special name numerology?  Outside of the NFL, there is also the retired NBA Star Michael Woodson, who is currently a coach in the NBA, a "33" League through and through, from Magic to Bird, through Michael and Kobe, all the way up to LeBron.  Michael Woodson has coached the Atlanta Hawks, located on the 33rd Parallel North, and the New York Knicks, from the land of "York".
Seriously, isn't it interesting?  I know it is hard to believe things are being ran this way, but it seems they are.  The minions of the powers that be, are  on numerological principles- either that or their branded with these names and false birthdates, for the purpose of "making the numbers align".

In history, there is also the famous "black historian" Carter Woodson.  He is considered one of the first scholars to study and write about "African-American history".  Something tells me the written words of Carter Woodson, might be a forgery.