33 | Terrence Howard and His "Suspicious" Marriages 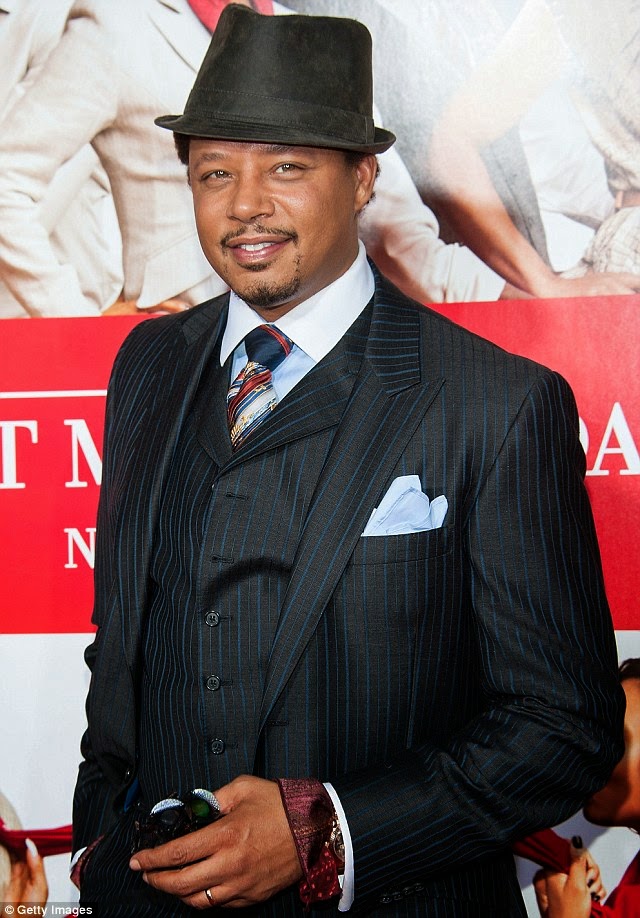 Terrence Howard is a name with 33 numerology, which might as well be known as "Hollywood Numerology", for at least one of its many deserved aliases.
Terrerence Howard was born March 11, 1969.  Notice the date 3/11, and the last name Howard, a "33" name.  As I've said since the inception of this blog, these number are often found together, and in the case of Terrence Howard, here they are yet again.  You might think this means nothing, but there is more.
When it comes to marriage, Terrence Howard has been in two recent "33" marriages. As we think about Terrence Howard, keep in mind that Tom Cruise's three marriages all ended when his wives were the age "33" years old.  Now let us examine Terrence's recent marriages, beginning with his marriage to Michelle Ghent.  This comes courtesy of Wikipedia.


Howard married his girlfriend Michelle Ghent, a 33-year-old commercial production employee, in a secret ceremony in January 2010. On February 2, 2011, it was reported by TMZ that Michelle Ghent had filed for divorce. In December 2012, Howard became a grandfather for the first time when his daughter Aubrey and her husband welcomed their first child.[13]

After that marriage, Terrence Howard married his girlfriend of a month, "Miranda", who is now named "Miranda Howard".  Here is an excerpt from the Daily Mail's article about this hitching, by the then 44-year old Howard.


As the 44-year-old actor is reported to have tied the knot with his latest love, a Canadian by the name of Miranda, whom he's only been dating for one month.

The couple hinted at their nuptials by both wearing gold bands on their wedding fingers to the premiere of The Best Man Holiday in Los Angeles, California on November 5.

With regards to the name Miranda, those come up in the United States pertaining to "Miranda Rights", which is a story full of "33".  They also come into play in the latest Batman movie, which began with a "theatre shooting", at least so the story goes.  In that film, the woman reveals at the end she had to change her name to "Miranda" to enter the "League of Shadows".  The film does not however explain how the name breaks down to "33"; that is just something I caught from following this research .

Also, what is it with the secrecy surrounding Howard's weddings?
Also courtesy of Wikipedia, here is an excerpt on how Terrence Howard sees himself as an engineer, much like a "mason".


Though he did not complete his engineering degree, Howard thinks of himself as an engineer and intends to return one day to complete the "three credits" of which he is currently short.[2][14][15][16] This claim, however, has not been confirmed, and the Pratt Institute which he claims to have attended has no Engineering degree program.[17] On February 26, 2013, Howard claimed on Jimmy Kimmel Live! that he had earned a Ph.D. in Chemical Engineering from South Carolina State University that year. Although he was awarded a Doctorate of Humane Letters from SCSU in 2012, he never attended the university and never earned a degree in Chemical Engineering.[15]
In 2010, Howard was inducted as an honorary member into Phi Beta Sigma Fraternity.[18]

Three credits, eh?
Special numerology, mason-like.  Let us close with a thought about the word "Suspicious" and the name "Terrence".