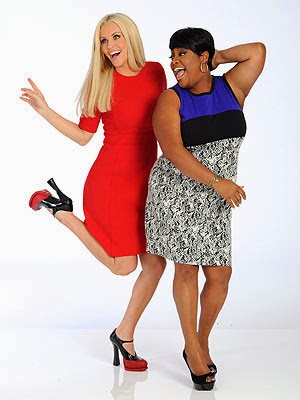 Did you hear that Sherri Shepherd is leaving The View?  This comes one month after Barbara Walters announced her departure from the show.  With Sherri Shepherd's sudden departure, Jenny McCarthy has announced she is leaving because of it as well.  Let us quickly check the numerology of the name Sherri Sheppard, and then review her tweet.
Courtesy of People magazine, this tweet by Sherri Shepherd was brought to my attention.


"The number 7 is God’s number of completion & after 7 seasons my time at The View is now complete! So grateful 2 every1 4 their love & support," Shepherd announced on Twitter Thursday.

Isn't it interesting that she referenced numerology in her departing tweet?  Maybe this numerology thing isn't so uncommon after all?  Perhaps this is why her sudden departure was explained to her.  Perhaps it was explained further that if she did not comply, there might be real consequences.  Of course, People magazine also has "33" name numerology going on.
Sherri Shepherd is currently 47 years old, much like the Gematria of her last name.  This number 47, is as common in TV and movies, as 33 and other sacred numerology- sacred to these elites.  From Conan to Seth Meyers to Breaking Bad to Sherri Shepherd to many, many more, 47 is abound.  Read about each of them and more on this blog.  It is mind boggling.

Sherri Shepherd was born Sherri Evonne Shepherd on April 22, 1967, in Chicago, Illinois.  It is staggering how many people and "things" come out of Chicago, especially things that are researched on this blog.