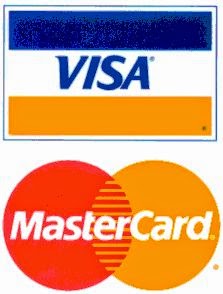 Bank of America started the BankAmericard in 1958, which later became known as VISA.  In an earlier blog post, I wrote about the "three-elevens" that make up the Bank of America symbol.  That relates here, because the sum of 11+11+11 = 33.  In the case of the name 'VISA', the Gematria also equates to thirty-three.
In 1966, a competitor came onto the market.  It was December 16, 1966, that MasterCard was launched out of New York City.
The point is, these numbers are the traces of the powers that be, that have created the world we are encaged in.  They're coded into important names, dates and places, from history, to the present.  When you think 'elite', think '33' and other 'master numerology'.