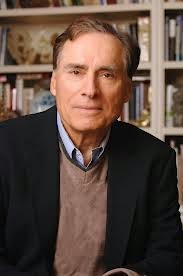 Currently there is a story in the headlines about an "anthrax scare" in Atlanta, located on the 33rd parallel north.  If you're reading the stories or watching the television, you might have seen Leonard A. Cole on the television screen informing people how to react if they are ever to come in contact with anthrax.  Leonard A. Cole is said to be a bioterrorism expert in the stories and on the television.  If you read his Wikipedia, it says he was formerly a dentist and political scientist.  What strikes me curious, is the name Leonard.
Leonard Cole was born September 1, 1933.  Notice the year '33.  You can verify here.  Doesn't that seem strange?  To me, I'm believing Leonard A. Cole is just another "Agent 33", reciting propaganda through staged media outlets, such as the New York Times, who publishes much of his written material.  The New York Times was established September 18, 1851.
And that is the point!  These people, they're faking the news, and they're coding their numerology systematically into their reporting; from the Holocaust, to Iwo Jima, to OJ Simpson, to 9/11.
In the case of September 11, all of the following happened in 1968, 33-years before the fateful year.
Anyhow, learn to decode the names, and you'll notice many guests on TV providing we the viewing audience with information, have "33 names".  If you think this is all silly nonsense, I ask you to consider again.  The word "name" it self has "33-numerology".
These elites, they know things we don't because that is how they want it.  That is also why they have their minions go on television and propagate lies to us, as they do, daily, hourly, by the minute.
Posted by Zachary K. Hubbard at 5:56 PM