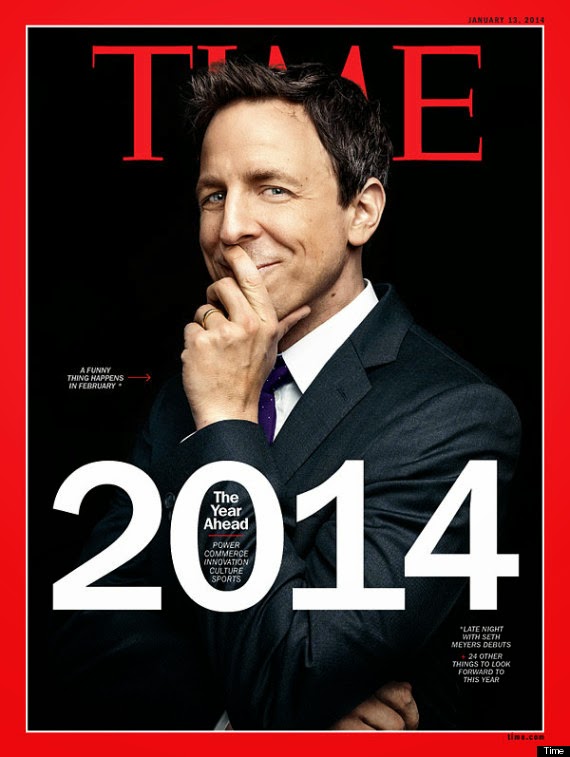 Seth Meyers is following in the footsteps of Conan O'Brien, the host of Late Night in the years before, at least in terms of "Gematria".  Seth Meyers was born once upon a time on December 28, 1973.  This is a date with "33" numerology, a common "life number" when it comes to faces on television and movie screens.  Further, the sum of his name, equates to 47, much like the name Conan and many other Hollywood celebs'.  Let us examine.
It truly is astonishing the rate at which celebrities have "33" life numbers, as well as name numerology of "33", "47" and other related numbers.  Another trait Seth Meyers has that is common in celebrities, is being from Illinois.  There's something about this state, and especially the city Chicago, that puts out a lot of major celebrities.  Perhaps it is because Chicago is home of the 60606 area code.  Perhaps that is part of the reason it is also the gun homicide capital of the world.

Seth Meyers attended Northwestern University where he was a member of Phi Gamma Delta fraternity.
Seth Meyers was the cover photo of the first issue of TIME magazine for the year 2014.  There is something the name "Seth Meyers" has in common with the name "TIME".  Can you guess?
Let us close by looking at one more thing Seth Meyers has in common with many other celebrities.  It is that he is a Jew.  Check the time stamp.