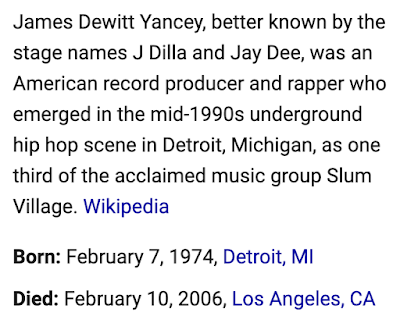 Notice he was born on the 38th day of the year, February 7.

His album released on February 7, 3-days before his death as well.

Notice these headlines about Kanye West on J Dilla from March 8, or 3/8, like 38.

*The headline is from Pitchfork.

He died on the 2-year anniversary of Kanye's first album's release. 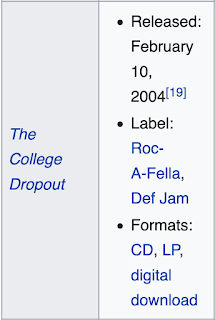 His full name summed to 67 and 257, like blood sacrifice.

He was another rapper wearing the 42 stamp.

His last album was 'Donuts'.