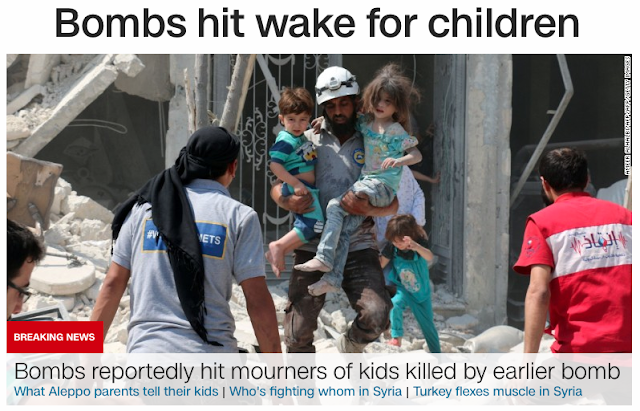 There is a reason they're saying 'at least 16'.

Aleppo, Syria, where the attack happened, has gematria of 137, the 33rd prime number.

The use of the phrase "barrel bombs" also has the '44' gematria, or the 'kill' gematria.