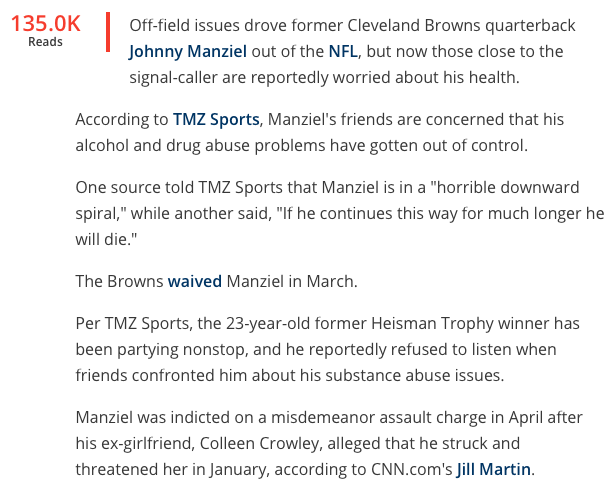 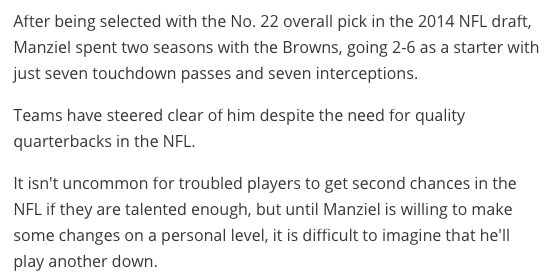 I really hate the sports world.

Johnny Manziel sucked in college.  Of course he was predictably drafted by the Browns, an ongoing joke of a football franchise.  It is like this character was created just to hang another "bad football player" in front of the public.  Anyway, out of all the Manziel headlines I've seen to this point, this one is the most dramatic.  His friends think he is going to die because he drinks and parties a lot?  Comical stuff.  The guy is 23.  A lot of 23-year olds get black out drunk five nights a week.  Most don't die.

The reason I didn't ignore this headline, is because this one is going in the documentation file, just in case we end up getting a fateful Manziel headline sometime down the road.
Posted by Zachary K. Hubbard at 9:00 AM