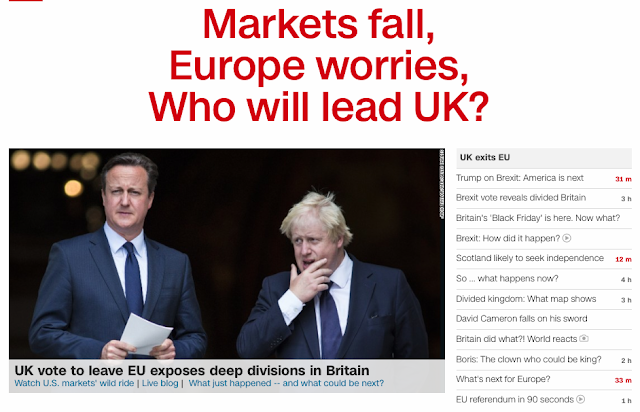 Notice the top sub-headline, Donald Trump saying America is next.  The headline has a connection to the United States as well. 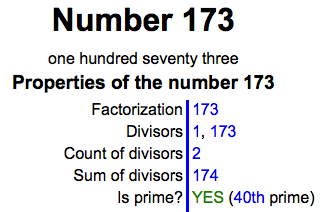 Reportedly, 33,000,000 people voted in 'Brexit', with the majority voting to leave the EU, causing Prime Minister David Cameron to resign. 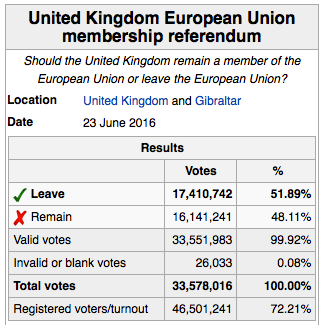 Recall, someone said there was an illustration of Invicta in a U.K. paper showing the U.K. leaving the EU.  That person called it, I just wish they gave an image with what they said.

In the end, June 23, 2016 turned out to be the day of Independence for the United Kingdom.

Within the date, was the numerology corresponding with 'leave' as well. 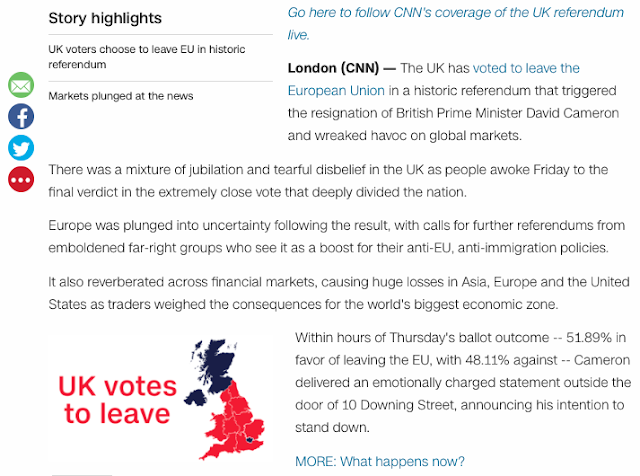 Notice the gematria of 'Downing Street', connecting to the headline as well as 'United Kingdom' and the date of the vote.

The question was, 'Who will lead UK?' in the headline, or, who will appear next at 10 Downing Street.  Next year the address will turn 333-years old. 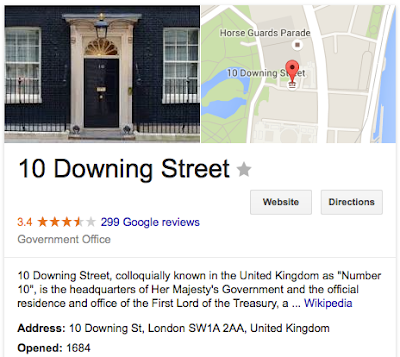 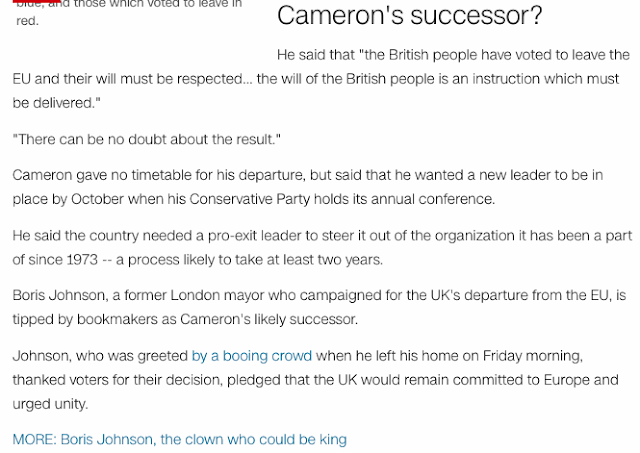 Remember, this vote came 109-days before Cameron's October 9th birthday, and that number ties well to 'Parliament'.  Notice he is turning '50'. 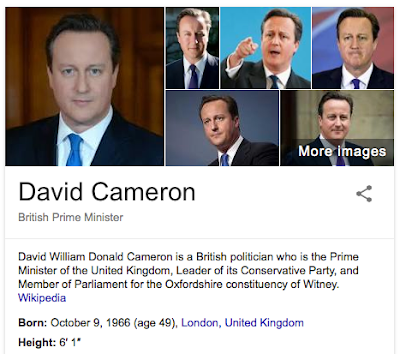 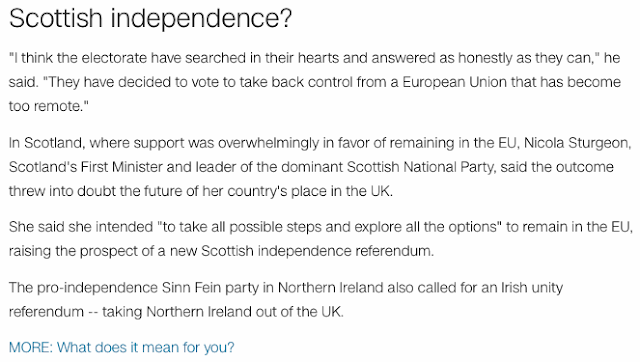 How quickly the United Kingdom becomes the Divided Kingdom.  I like this this unfolds at 'Game of Thrones' introduces continental war to their viewers just days earlier.

In the history of the modern world, financial turmoil, especially between nations, is what has lead to war.  We've seen the narrative for war worldwide building for the last year, from Europe, to the Middle East, to Asia and back to the United States.  Remember when Japan ended their policy of pacifism?  These dominoes that are falling, it isn't by any accident.  This is the path of agenda. 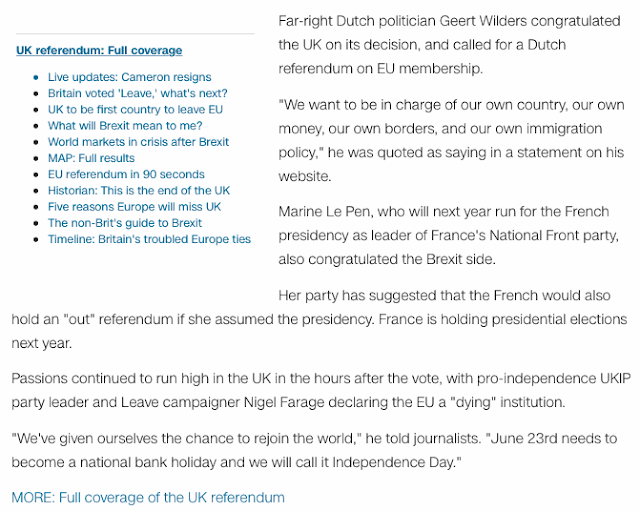 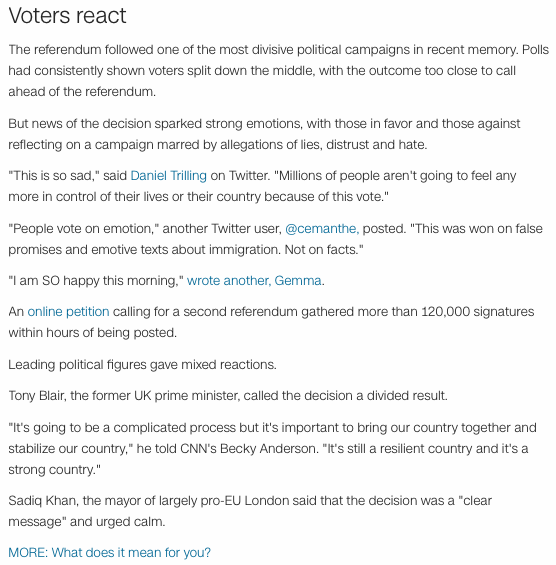 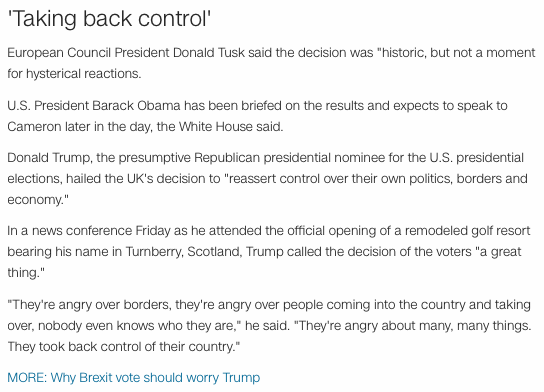 It is interesting that Donald Trump, born to a Scottish mother, was in Scotland during the time of the vote.  Turnberry, Scotland has a connection to 'America'. 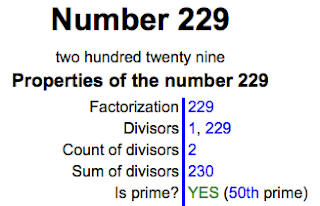 Recall the recent Orlando shooting, connected to the poem 'Invictus' through the 'Invictus Games', and how there was much coding of '50' and '229' in both the shooting and the poem.  We also talked about how Invictus and the shooting points to July 11, a date Donald Trump accidentally called out on April 19, 2016.  I am pretty sure Donald Trump being in Turnberry is all part of this ongoing riddle.

William Ernest Henley, who died July 11, 1903, is the poet of Invictus.
Omar Mir Seddique Mateen is the U.S. Government stooged blamed for the Orlando shooting

Regarding Trump, notice how the section of the article CNN features him, is under the subheadline 'Taking back control'.  The gematria of this phrase connects to his name and the year he stared his business, '68.

There is also a parallel between 'Trump' and 'Scotland'. 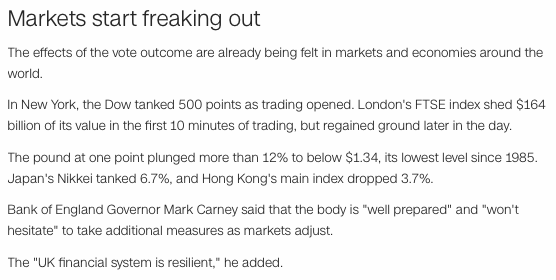