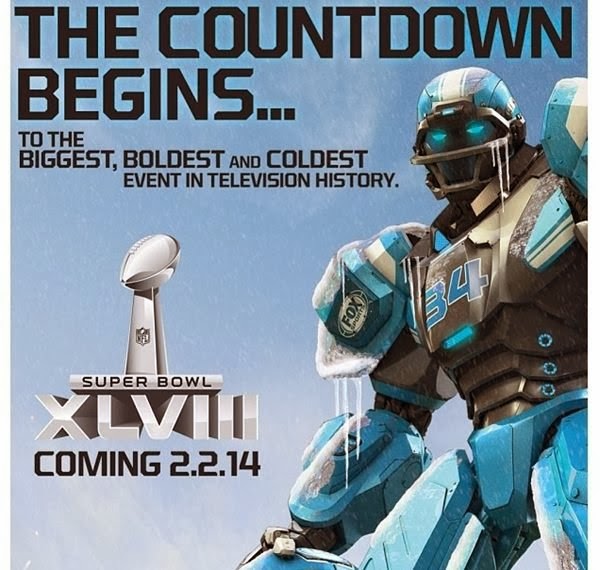 The 48th Super Bowl since the event began in 1966 will occur February 2, 2014, at 3:30 PM PST. While this is 48th Super Bowl overall, it is the 44th Super Bowl of the modern era which began when the AFL and NFL integrated schedules for the first time in 1970.  This will also be a Super Bowl featuring some firsts for the modern era:
In order for the Super Bowl to be hosted in New Jersey and New York, NFL commissioner Roger Goodell had to waive the league rule pertaining to what qualified a city to host the Super Bowl. The NFL previously had a rule aimed at ensuring the Super Bowl was played in good weather, or in a climate-controlled dome. The league made an exception for New York and New Jersey for 2014 when they were awarded the event in May of 2010, largely because MetLife Stadium had just been completed at the expense of $1.6 billion.

Before we move further into Super Bowl XLVIII, let us recall Super Bowl 47, which was played last season in New Orleans, Louisiana. In that game something unprecedented occurred. With 13:22 left in the third quarter, the stadium went completely black. The power outage lasted for 33 minutes before the game was able to resume, as reported by the USA Today and other media publications. Very quickly, let us examine the number 13:22. Within it, there are two disturbing curiosities. 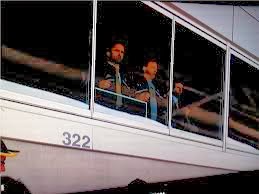 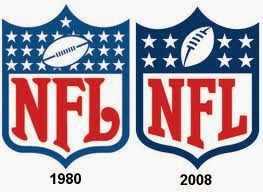 Back to the 33 minute blackout. The number 33 is very important to the powerful elite in our society. In the beginning of the country, the Freemasons coded the number 33 into important dates, and even important states. The first, sixth and fiftieth state all have the numbers 33 coded into them.
Further, the colors red, white and blue add to 33.
While this coding of 33 by the Freemasons might have been innocent, there is a secret society that has risen up in the time since, that isn't as pleasant with the number 33. This secret society is Skull of Bones of Yale University, the society of former U.S. Presidents; the last of which to be in the White House was George W. Bush.

Let us look at George W. Bush in connection with what we will refer to as the sinister 33. George W. Bush graduated from Yale and Skull and Bones in 1968; the same year 9-1-1 would be made the national emergency dialing code and the same year the WTC construction would begin. 33 years later, George W. Bush would become the President of the United States and later in that same year, the events of September 11 would occur. That means that 33 years after construction began and 9-1-1 was made the dialing code, the two seemingly separate entities would become joined in infamy. If you think this is all by coincidence, you're not getting the message. 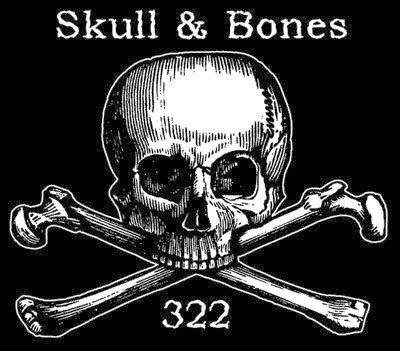 Let us examine George W. Bush's birthday, to see further into the importance of 33. George W. Bush was born July 6, 1946.
In 2002, George W. Bush would appoint Chris Christie as Attorney General of New Jersey, prior to him becoming Governor. Chris Christie, if you've ever wondered how the fat turd got to be Governor, has a birthday much like George W. Bush's. He was born September 6, 1962.
Since George W. Bush has graduated from Skull and Bones, they have stopped releasing their public rosters. That means those born after him who participate in the secret society can secretly be in Skull and Bones without having to acknowledge their participation. Could Chris Christie, who was published on the cover of Time magazine, November 18, the 322nd day of the year, be a member? Members of Skull and Bones refer to themselves as Bonesmen. Let us examine the hidden numerology of Bonesmen.
Should state sponsored terrorism take place at this year's Super Bowl, I'm sure Chris Christie will be promoted as a hero in the aftermath, just as Rudy Giuliani was falsely given the title and praise of being a hero after 9/11, even though New York City firemen knew he was a coward that ran from the site and caused hundreds of fire fighters to unnecessarily die in the process.

With regards to two states hosting, New Jersey and New York, the third and eleventh state respectively, more numerology concerns arise. In the year 1977, on March 11, or 3/11, the movie Black Sunday was released. The movie is about the terrorist organization, Black Sunday. In the film, they are plotting to blow up the Super Bowl and kill 80,000 people. It should bet noted MetLife stadium, where Super Bowl 48 (44) is being hosted, has a capacity of 80,000 people. 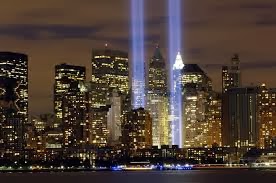 The date 3/11 and the number 311 have much to do with terrorism from the past. It seems as though the powers that be, the powers that are behind these terrorist attacks, need the number 311 and others in their evil deeds. Let us begin with the World Trade Center. The World Trade Center was first approved on March 11, 1961, and would be funded the very next day. Six months after the tragedy occurred, the Tribute to Light would be shown into the New York Skyline. The tribute lasted 33 nights, from 3/11 to 4/14, the night of the Lincoln assassination and sinking of the Titanic. Each of the purple beams in the Tribute to Light was made from 44 lamps. Think about it, a 33 night tribute, made with two sets of 44 lamps. 911 days after the September 11 attacks, was the 3/11/2004 Madrid Train Bombings. The 7/7/2005 London Train bombings also featured a 311 of their own. The third train to explode that day was #311.

In 2007, Virginia Tech incurred a shooting massacre in which it was reported that 33 people were killed. The shooter had the name Seung-Hui Cho. Let us examine the numerology of this name.
In 2012, the Sandy Hook School shooting, just down the street from Yale's Skull and Bones, it would be reported that all victims had between three and eleven bullets in their bodies.

For this Super Bowl, the third and eleventh states are hosting.

To summarize this information, what needs to be understood is that whoever is behind these acts of terrorism, from 9/11 to Sandy Hook, it is important for them to have certain numbers involved in the event. Those numbers seem to be 311, 911, 33 and 44. This Super Bowl will take place on the 33rd day of the year, it will be the 44th Super Bowl of the modern era, it will be hosted by the third and eleventh state, and if bombs do go off, I'm sure there will be a lot of 9-1-1 phone calls.

Please help get out of the word. If you have friends or family traveling to the game, tell them to stay home this year. At least, that is my advice.


Related Posts from freetofindtruth
The Next President:  Chris Christie, Mr. 322 and Mr. 33
NFL Commercials Foreshadow Destruction
The 1989 San Francisco World Series Earthquake:  A Work of Man, Not God
Richard Sherman and the Power of 33
33 to 555:  Why Skull and Bones Is In New Haven, Connecticut
The Numerology of the 50 States, Mind Blowing Mathematics
Tribute to Light Reveals Truth