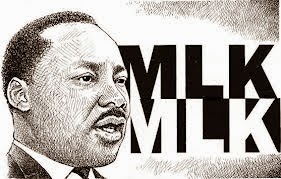 Have you ever noticed that Martin Luther King Jr's name is a countdown in consecutive letters?  The letters M, L, K and J are all in perfect sequence, only that they are backwards from how we regularly recite the alphabet.  In the Pythagorean method of calculating alphabet to numbers, M = 4, L = 3, K = 2 and J = 1.  This is because M is the 13th letter and 1+3 = 4; L is the 12th letter and sums to 1+2 = 3; K is the 11th letter and sums to 1+1 = 2; J is the 10th letters and sums to 1+0 = 1.  When we take the initials MLKJ and convert them to numbers using gematria, the practice of coding words names and phrases with number sequences, we get the name "4, 3, 2, 1".  Interesting, a four part name, with a four number countdown, only to be assassinated on 4/4.

In researching the information I have discovered on this blog, I have found that numbers have played a much larger role in the nation than I could have ever imagined.  What once seemed like a speckled pattern of dates and numbers pertaining to related events, from World War II, to the September 11 attacks, to the Madrid Train bombings and beyond, now looks like a giant web of purposefully placed numbers, creating everything from the monuments we cherish to the states we have learned to recite and remember since youth, up through the more recent, as well as historic tragedies this nation has endured.  With regards to Martin Luther King Jr., he is the only American born citizen to have a National Holiday made in his honor. 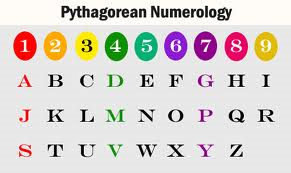 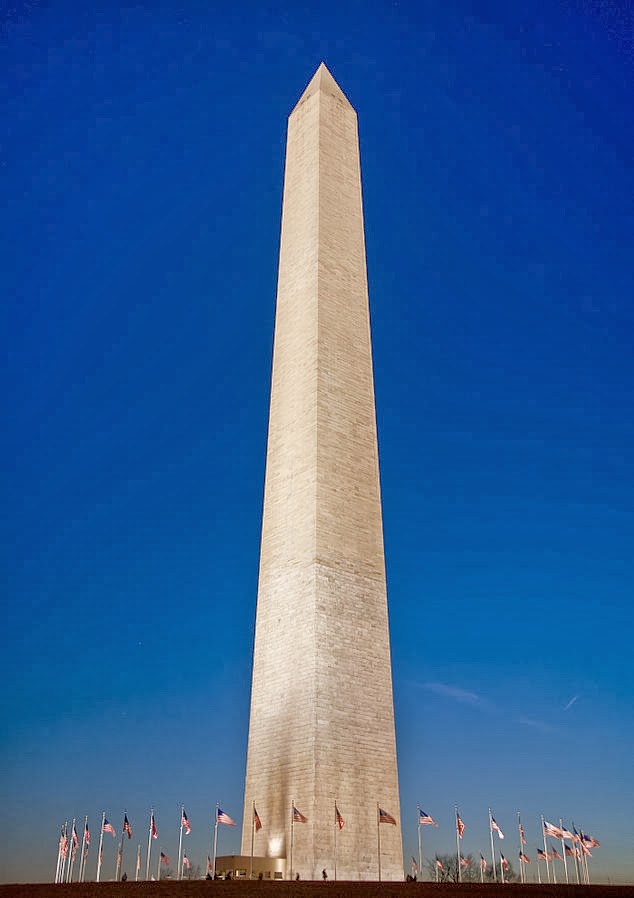 The Washington Monument is 555 feet tall, the same number sequence coded into eight states; the word "new"; and many fake phone numbers from television and movies.  It makes one wonder, are we constantly subconsciously calculating these numbers in our mind?  Is there a part of our brain that is very much aware of them?  It is impacting our behavior?  Is it fueling our compulsion to consume?  Does it make us want new?

The eight states to have 555  coded into them are as follows:
If you recall, Martin Luther King Jr. was shot April 4, 1968, in Memphis, Tennessee, outside of the Lorraine Motel, Room 306, where he was staying.  Recall, Tennessee is the state with 5555 coded into it, as well as 55.  These six fives make Tennessee the state to claim the most fives to its name.  The word Lorraine even ends with 55 coded, possibly a coincidence.  The room Martin Luther King Jr. spent the last night of his life in, was Room 306.  This number is curious for two reasons.  One, it sums to 9, which represents the fall of man in Satanic and Occult Numerology.  Two, it could symbolize three-sixes.  Think about it, three-six, like three-six-mafia, also out of Tennessee.


In the time Martin Luther King Jr. has become my personal hero, there are two things that I have always found very curious about his death.  One, I find it strange that he was assassinated exactly a year to the day of coming out against the Vietnam War with his speech A Time to Break Silence.  That speech was given April 4, 1967, at the Riverside Church in New York City.  The other thing I have found curious, is the speech given the night before his assassination, in Memphis, titled, I've Been to the Mountaintop, where he closes by making it sound as if he knows he might die very soon.

"And then I got into Memphis. And some began to say the threats, or talk about the threats that were out. What would happen to me from some of our sick white brothers?

Well, I don't know what will happen now. We've got some difficult days ahead. But it really doesn't matter with me now, because I've been to the mountaintop.

And I don't mind.

Like anybody, I would like to live a long life. Longevity has its place. But I'm not concerned about that now. I just want to do God's will. And He's allowed me to go up to the mountain. And I've looked over. And I've seen the Promised Land. I may not get there with you. But I want you to know tonight, that we, as a people, will get to the promised land!

To me, it has always sounded as if he knew he was going to die while giving that speech.  I have read that Martin Luther King Jr. survived many assassination attempts in the final year of his life, so perhaps the thought of death was growing on him more and more.  However, with that said, in no speech that I have ever heard by him, does he ever make it sound as clear that he very well might die in the near future.  That honor, goes to the night before his death, April 3, 1968.

While Martin Luther King Jr. is the all-time most famous Black American in the nation's history, and widely regarded as one of the nation's greatest speakers ever, it should be noted that he is not the first Black American to attract large audiences and speak about races coming together with the thought of ways to forge a better future.  Before Martin Luther King Jr., there was A. Phillip Randolph, who lead the March on Washington, forcing FDR to pass a bill to stop racial discrimination against black citizens during World War II and its growing defense industry.  This change in laws marked a major turning point for Black Americans and employment within the nation during the 1940s.

Twenty-some-years later in history, Martin Luther King Jr. would give his most widely recited speech I Have a Dream, during the March on Washington for Jobs, a march that came together in the legacy of A. Phillip Randolph.  In other words, had there been no A. Phillip Randolph, there might have never been a Martin Luther King Jr.  This isn't diminish MLK, but to say that without Mr. Randolph and others like him, the way could have never been paved for Dr. King.  It is also to say, there are countless other great Black Americans who do not get their due in the history books, while Martin Luther King Jr. not only gets his, he also gets a National Holiday, which we observe today.

With regards to Dr. King's April 4th death, it has been quite the tragic day in history.  The first President to die while in office was the 9th President, William Henry Harrison.  He died on April 4th, 1841, of what is said to be the flu.  Later in history, on April 4, 1865, Abraham Lincoln would report to his good friend that he dreamed of being assassinated.  Ten days later he would be shot, and eleven later he would die.  Julius Caesar was assassinated in March of 44 BC.  Joseph Smith was killed in the year '44 of 1844.  His replacement as leader of the Mormon Church, Brigham Young, would lead the church for 33 years, before suddenly dying of illness in August of 1877.  Five years to the day of King's assassination, the World Trade Center Complex would be opened for the first time, April 4, 1973.  Thirty-three years after construction began in 1968, the same year 9-1-1 was made the national emergency dialing code, the same year George W. Bush would graduate from Yale and Skull and Bones, the September 11 attacks of 2001 would occur.  Six months after the attack, the Tribute to Light, two purple beams, were blast into the New York City skyline in remembrance of the towers.  Each beam, was made of 44 lamps, and the tribute lasted for exactly 33 nights.  The tribute ran from March 11 to April 14.  April 14, in our nation's history, is the night Lincoln was shot and the night the Titanic sunk.  If there was ever a curious tribute, this one was it.  Looking at history, the number 44 and date April 4 becomes all the more curious when you keep these facts in mind.


At this present time, we have a President in the United States who happens to be the first black President and the 44th President.  Interestingly enough, Barack Obama has a tie in with the Dr. King assassination, dating back to 1968.  In 1968, Ford's Theater, where Lincoln was assassinated, was re-opened for the very first time since it had been closed after the death of the Lincoln.  That year, MLK and RFK would be assassinated, along with the other curious events listed above.  The theater would remain open until 1977, for a period of 9 years.  Recall, 9 represents the fall of man in Occult Numerology.  Ford's Theater would remain closed until reopening February 29, 2009, when Barack Obama was their to cut the ribbon and receive an "illuminated plaque" as referred to by the actor playing Abraham Lincoln, who handed it to him.  What I have wondered since, is was this event some sort of foreshadowing of events to come?  Is it possible, that a future assassination of Barack Obama is already planned and scripted, in preparation for a major psychological operations program against the citizens of this country and people of this world?

With that said, I want to revisit the year 1977, in which the movie Black Sunday was released, on March 11, the same date the World Trade Center project was approved in 1961, the same day the Lend-Lease Act was passed in 1941, and the same day as the Madrid Train Bombings of March 11, 2004, exactly 911 days after September 11 2001 attacks.  March 11 is also the date of the Fukushima disaster, which began in 2011.  Black Sunday, the movie, is about a terrorist organization in the United States who are trying to blow up the Super Bowl and kill 80,000 people in the process.  This year's Super Bowl, will be the 44th of the modern era, which began in 1970 when the leagues merged.  It will be the 48th overall.  In numerology, 48 sums to 12, and 12 represents complete.  This Super Bowl will be the first Super Bowl of the modern era to be played in cold weather, and the first to be hosted by two states; New Jersey and New York (Notice the 555 and 555 inside New and New).  Those are the third and eleventh states respectively.  Recall, the movie Black Sunday was released on 3/11, 1977.  The game will be played on February 2nd, the thirty-third day of the year.  Last year's Super Bowl featured a 33 minute blackout, that occurred in the third quarter at 13:22.  Interestingly enough, the two teams meeting in the Super Bowl, represent the two states where marijuana has recently been legalized.  With regards to Colorado, it was Iniative 44 that legalized the leaf in the state.


Happy Martin Luther King Jr. day.  This article is not meant to diminish his legacy, it is only meant to show light where light deserves being shown.  No matter what the truth is about Dr. MLKJ, Dr. 4321, he was a great man who spoke a lot of truth.  Personally, I wouldn't be me if it weren't for Dr. King.  In the final year of his life, he spoke words of wisdom that to this day, still deserve our attention and acknowledgement.  RIP Dr. King and shall the truth set you free!
Posted by Zachary K. Hubbard at 11:44 AM