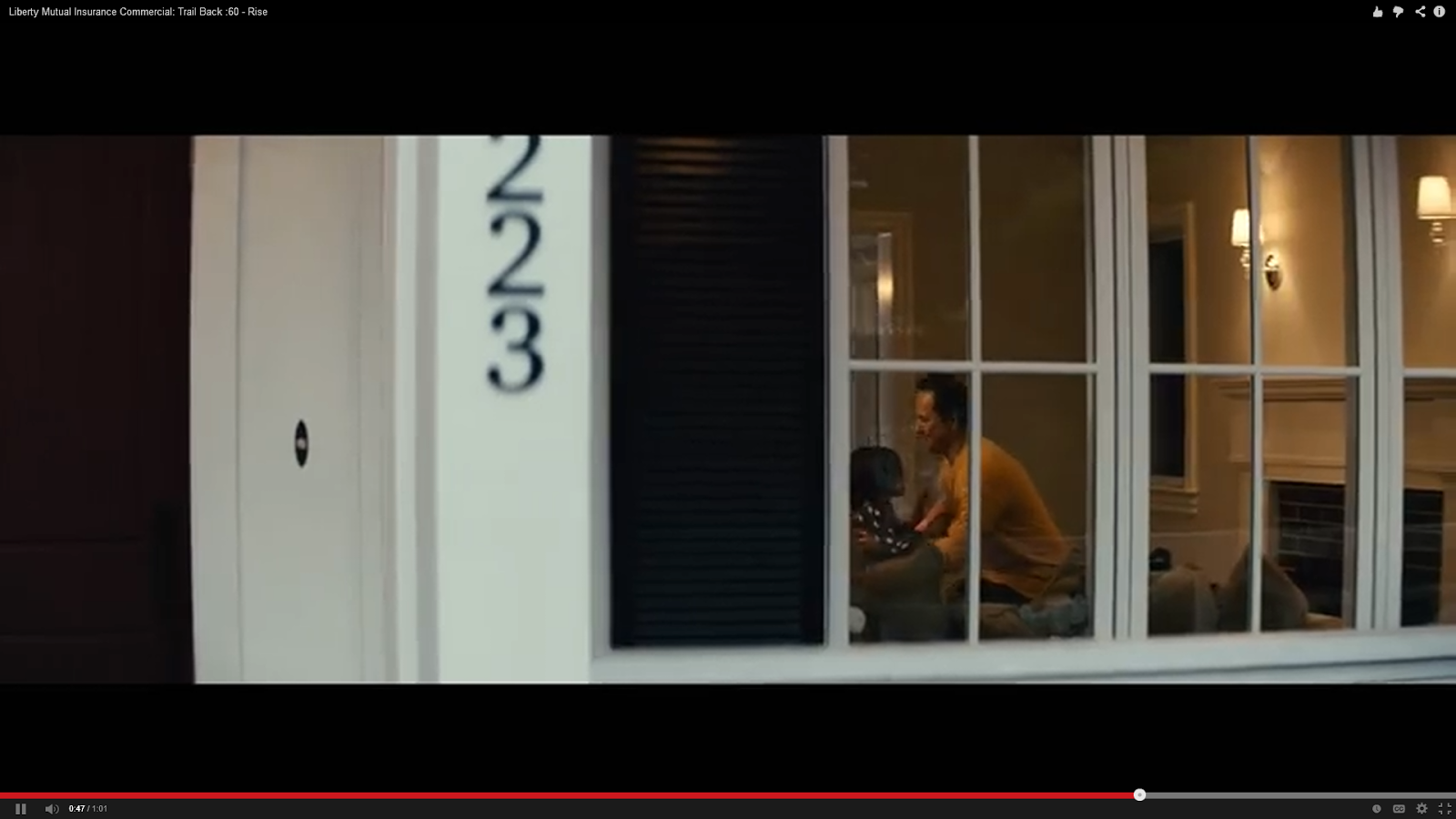 In this past weekend's AFC and NFC Championship Games, there were several curious commercials shown during the breaks in the games.  One commercial showed a son's father pass away, then the son deciding to go hang-gliding, only to crash into power lines and cause an entire city to blackout.  Another commercial showed a car driving through a city with explosions going off in the background in addition to other frightening sights.  The Bud Light ads were strange as well, featuring what some might refer to as "scary music", strange scenes, and then showing the date 02.02.2014, the date of the Super Bowl, also the 33rd Day of the year.  On the screen, the words would read, "What is coming next?" after the date would be shown.

Out of all the bizarre commercials, one struck me more curious than any other and by the end of the commercial, my jaw almost hit the floor.  It was an ad spot for Liberty Mutual Insurance, which has had many funny commercials in recent years, showing daily mishaps.  This one however, was quite a bit different.  It shows destroyed cities, burning homes, basketball hoops on streets that have somehow melted, and other sights you would never want to come home to.  In most of the shots, it looks as though a bomb has gone off, or a missile has touched down nearby.  It looks like the sight you might see if you lived in war torn Baghdad, only if war torn Baghdad was instead your suburban neighborhood.

The reason my jaw almost touched the floor, was because I was watching this commercial and thinking, "What in the world?  What is with all these commercials showing destruction, and chaos, and asking us what is to come next?"  While having that thought and watching this commercial for the first time, it showed the address of a home; 223.  The number 223 is the number 322 backwards, the same number that represents the Secret Society Skull and Bones, and a number that is carefully placed in movies, such as The Dark Knight Rises when Heinz Field explodes or Transformers as the Hoover Dam is exploding.  With that thought in mind, recall that these commercial spots are in part a buildup to the coming Super Bowl.