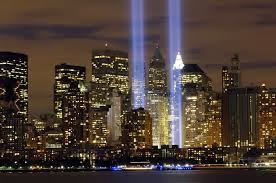 Six months after the World Trade Center Towers came crashing to the ground, the Tribute to Light was shown into the New York City skyline for exactly 34 nights, from March 11 through April 14.  The 34 nights of the tribute goes hand in hand with the 33-years the buildings existed, as construction on the World Trade Centers started in 1968, the same year 9-1-1 was made the national emergency dialing code, the same year George W. Bush graduated from Yale and Skull and Bones, and strangely enough the year Stanley Kubrick's Space Odyssey 2001 was released.
The 34 nights of the Tribute to Light is not the only thing that is curious about the powerful purple beam display.  The powerful beams of the two lamps were created by 44 7,000 watt xenon spotlights each.  In an earlier blog post, I discussed how the number 44 seems to have much to do with assassination, as does the date April 4, or 4/4.  In other words, I don't think it was an accident 44 spotlights were used per lamp.

44 BC is the year Julius Caesar was assassinated, April 4 is the date the 9th President, William Henry Harrison died while in office.  He was the first President to pass while in office, just one month into his Presidency.  April 4 is the day Lincoln dreamed of being assassinated, only to be shot ten days later.  April 4 is also the day Martin Luther King Jr. was murdered, exactly a year to the day of coming out against the Vietnam War and the United States foreign military policy.  Stranger yet, April 4 is the day the World Trade Center buildings first opened in 1973, five years to the day of the MLK assassination.

The nights the Tribute to Light began on and ended on are also extremely curious.  Let us begin with March 11.  March 11 is the date the World Trade Center project, first proposed by David Rockefeller, would be approved by the Port Authority, while his brother Nelson Rockefeller was the 49th Governor of New York.  That date was March 11, 1961.  It should be noted that construction on the Pentagon began on a curious date as well, twenty years earlier, September 11, 1941.  These two buildings would both be attacked on September 11, 2001.
The next major terrorist attack in the world, also to be blamed on al-Qaeda, would be March 11, 2004, exactly 911 days after September 11, 2001 attacks.  That attack was the Madrid Train Bombings, in which 191 people were killed and over 2,500 injured.  Seven years after the Madrid Train bombings would come the damage to Reactor 4, at Fukushima, March 11, 2011.  In 2013, Fukushima surpassed Chernobyl as the greatest nuclear disaster ever.  Strangely enough, it was also Reactor 4 at Chernobyl that caused the catastrophe.  Today, Fukushima is a ticking time bomb. 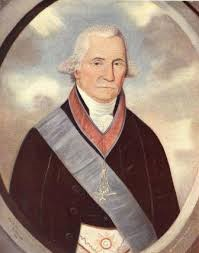 As you read this, you should recall that Freemasonry is based in symbolism, numerology, and fixated with the number 33.  With that in mind, considering the following:  The number of days between the February 26, 1993 World Trade Center attacks and the September 11, 2001 attack, was a span of 3,119 days.  Within that number you can gather 3, 11 and 9.  These numbers could be used to represent the dates March 11 and September 11.  Further, look at the numerology of the date September 11, 2001:
These numbers signify the beginning and the end of the World Trade Center.  They also signify the nation's entrance into World War II, as the Lend-Lease Act was passed on March 11 1941, and FDR gave the order to attack Axis Navy vessels on September 11, 1941- both predating the attack on Pearl Harbor by several months and both significantly increasing United States involvement in the war.  The Freemasons are also students of the world's religions.  In the Bible, it is said the event that will bring about the destruction of the world as we know it will last for 42 months.  42 months after March 11, 2001, when Fukushima began to leak radiated waste into the world, will be the date September 11, 2014.  If I were you, I'd mark that one down on your calendars and have some potassium iodide on hand just incase.

With regards to April 14, the night the Tribute to Light ended, it holds two infamous dates in our nation's history.  They are the nights the Titanic sunk and Abraham Lincoln was shot in Ford's Theatre.  With regards to Ford's Theatre, it was closed after the Lincoln assassination, until it was reopened in 1968, the same year the World Trade Center construction began and 9-1-1 was made the national emergency dialing code.  1968 is also the year Martin Luther King Jr. would be assassinated, as well as Robert F. Kennedy.  The Theatre would remain open for 9 years, before being closed again in 1977.  Recall the number 9 represents the fall of man in Occult numerology.  Ford's Theatre was again reopened on February 29, 2009, when Barack Obama received an "illuminated plaque" from an actor playing the part of Abraham Lincoln.  Talk about symbolism!  And let us recall where Obama was Senator before obtaining the White House.  Was it not The Land of Abe?  Also, let us recall that Barack Obama is the 44th President.

To see how these dates and numbers might connect to the future, we will look at the upcoming Super Bowl, which will be a unique Super Bowl indeed.  For starters, it will be the fist Super Bowl in cold weather, and the first Super Bowl to be hosted by two states.  Those states are New Jersey, the third state, and New York, the eleventh state; 3 and 11.  This year's Super Bowl will also be the 44th Super Bowl of the modern era, which began in 1970 when the two competing professional football leagues merged into one.  Making matters more interesting, the event will take place on February 2, the 33rd day of the year.  The Super Bowl will be played at MetLife Stadium, which is located on the 74th Parallel West, the same parallel that runs through the site of the World Trade Center buildings.  The numerology of 74 is 11, which is a multiple of 33 and 44, and also a number very much associated with assassination.  Just ask those who were in attendance of John F. Kennedy's visit to Dallas, on 11/22/1968.  Even more curious, on March 11, 1977, a movie was released titled Black Sunday, in which a terrorist organization plots to blow up the Super Bowl, killing all in attendance.

I'll close with my own personal beliefs on September 11 and what has transpired since.  What occurred on September 11, 2001, was an obvious lie from the beginning.  The twin towers collapsed in perfect demolition fashion, at a rate of free fall speed.  The towers collapsed in 11 seconds and 9 seconds respectively, impossible without explosives, and extremely ironic time increments if not purposeful.  Eight hours later in the day, building 7 collapsed, all 47 floors, also at free fall speed.  Further notice that the numerology of 47, is 11.  You could nickname the tower 7/11, and it would fit.

After the collapses, the site was named Ground Zero.  In a moment, we will look at the definitions of Ground Zero from multiple dictionaries, but before we do that, I want you to realize that the Freemasons, the secret society that prides itself on being the behind-the-scenes-architects of the world we live in, hide their dealings in plain sight.  The recurring dates, the Tribute to Light, and the naming of the site Ground Zero, all play into this reality.   Now without further ado, let us examine the definition of Ground Zero, and at the same time, ask ourselves if this definition could explain how the towers were reduced to dust and molten steel, something only possible with extreme energy.

Ask yourself again, why name the site Ground Zero?  Also, notice how in the definitions it specifies that the nuclear bomb could be planted below ground.  Here is a video of what it looks like when a nuclear bomb explodes below ground.  Notice the video is from the year 1962, not long after the World Trade Center project was approved, and years before the towers were built.  It is my current belief, that the World Trade Center buildings were built with the nuclear bombs in the foundation, and were essentially ticking time-bombs, waiting for the date September 11, 2001 to roll around.  When you look at the facts within this post, doesn't it make much more sense than the official story, the one about the amateur pilots with the box cutter knives from Saudi Arabia? 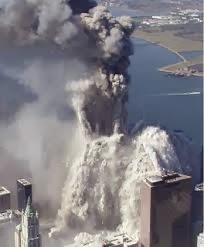