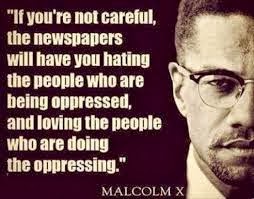 Different cultures have vastly different opinions of the filmmaker, director and actor Spike Lee.  This article is not about any of that.  This article is about the man, who sits courtside at NBA basketball games often, makes movies, lots of them- and lives well to do by most people's standards.  This is about the man who has been in front of cameras for decades; from movies to sitcoms to commercials.

In numerology, Spike Lee has some interesting films.  Let us being with Malcolm X, the Spike Lee Joint about the famous civil rights leader who was assassinated at the age of 39.  In a 1992 film, Denzel Washington stars as Malcolm X in the self-titled film.  That film, is one of only three films that are exactly 3 hours and 22 minutes in length.; the other two films are The Alamo that John Wayne stars in and the more recent director's cut of Apocalypse Now.  What all three films have in common is that they are about major historical events and are all well done respectively.  Most would say they are classics, so it truly is an exclusive trio of films.  If you're not aware of the number 322, matching the length of these films, you should read about Skull and Bones, the secret society from Yale which many politicians are a part of; including the 2004 Democratic and Republican candidates for President, John Kerry and George W. Bush.  In 2004, George W. Bush was awarded the White House for the second time in his second election, despite gaining less votes in the popular vote overall for the first time in the nation's history.  Yay "democracy".

What the movie about Malcolm X does for a society such as Skull and Bones, is sell the narrative that an irresponsible party for Malcolm X's death is the perpetrator; in this case, the Nation of Islam.  Even the man who served a 44 year prison sentence for his assassination, the only man to be convicted, states that he did not assassinate Malcolm X on behalf of the Nation of Islam.  In other words, it isn't a conclusive narrative that they are responsible for his death, as so many people believe- in part because of films such as Spike Lee's Malcolm X.  Members of Skull and Bones, aka 322, refer to themselves as Bonesmen and with each passing senior year at Yale, fifteen more Bonesmen are made into this world.
In 1999, Spike Lee's film Summer of Sam came out.  This film is about the 1977 summer in New York City and the Son of Sam killer, David Berkowitz.  Let us quickly unravel the numerology of the phrase "Son of Sam" to see if there is anything peculiar in it.
What are the odds, a national horror story with 3333 coded into it by means of the words Son of Sam?  Spike Lee's film runs 2 hours and 22 minutes, also an interesting number, summing to 6, same as 33.  There are also three-2s in the number; wink, wink, wink.  Also, sticking with those multiples of eleven, this murder spree took place in the year '77.  Think about it.

David Berkowitz, the accused "Son of Sam" killer, was also known as the .44 Caliber Killer (CK=311), yet another multiple of eleven.  But it gets better.  He was apprehended, bringing the summer of fear to an end, August 10, 1977.  Let us reveal the truth, with the numerology of this date.
What are the odds of another 33?  David Berkowitz is accused of killing 6, the sum of 33.  The only question I'm left asking myself is, how long has this been going on for?  How long have they been waging the psychological warfare, false fear campaign against us?  Is this how they've driven us into a fear frenzy?  Is this why kids sit in front of television sets instead of play in parks?  Are we all afraid of lies that are rampantly fed to us?  I think so, and I think they've done it with 33 more often than you'd ever believe.  It also begs another question, who is writing these manifestos and false letters if they aren't the patsies themselves? 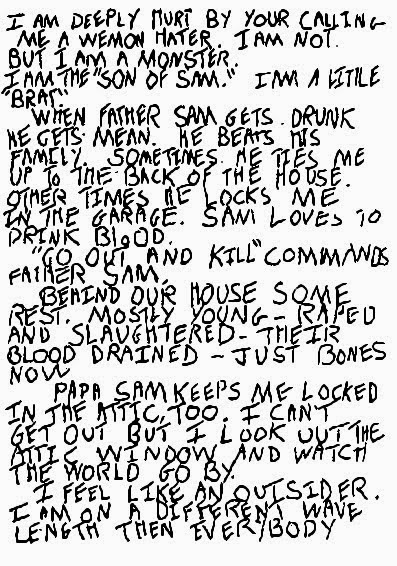