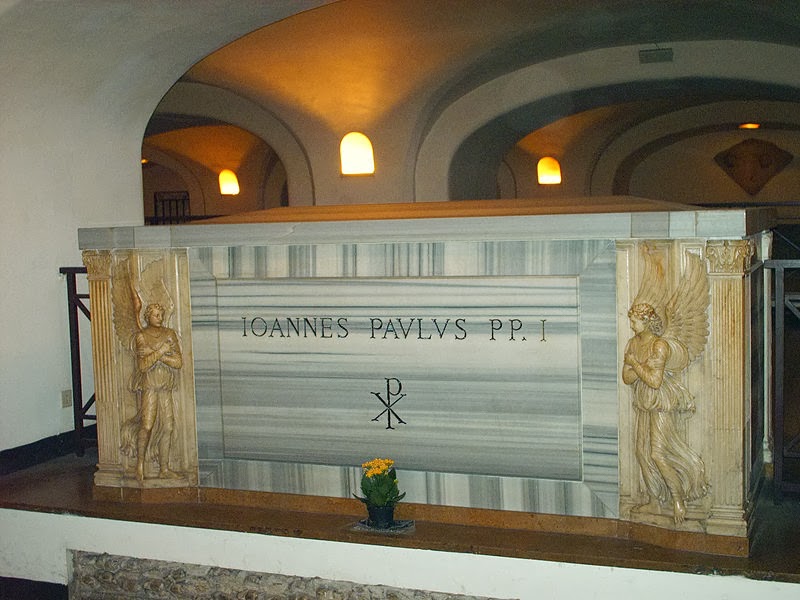 John Paul I was the first Pope to be born in the twentieth century, and the last Pope to die in it.  His papacy began August 26, 1978 and came to an end with his unexpected and mysterious death on September 28, 1978.  In the second post I made on this blog, I suggested that the number 44 was associated with assassination.  Let us examine the numerology of the date John Paul I died.
If you take time to read this blog, you'll find that the numbers 33 and 44 come up in the most curious of places.  Here, with the passing of John Paul I, these numbers seem to be all the more curious.  After his death, alternate reports circulated of who found his dead body, at what time he was found, and what papers were in his hands.  In the end, the Vatican chose not to investigate the matter and stated that he died in either the late evening hours, or early morning hours from a heart attack.  Let this information be more to weigh when we ask ourselves about the sinister nature of the numbers 33 and 44 in hard to explain tragedies.

In this article, the Daily Mail asks if the Pope was murdered?

Related Article:  Is 44 the Number of Assassination?
Posted by Zachary K. Hubbard at 11:33 PM