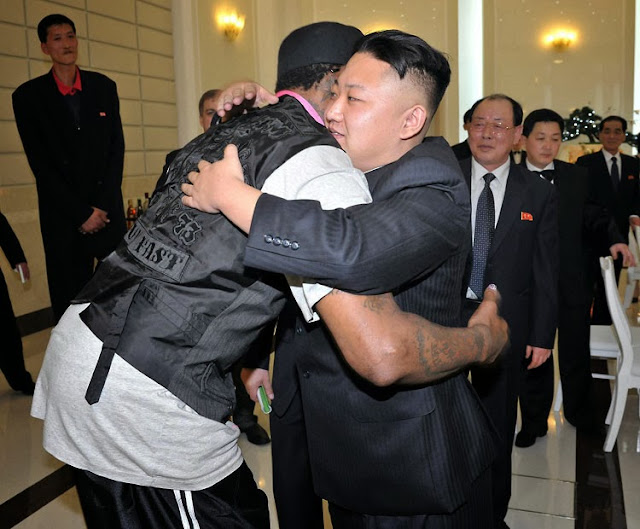 You've probably heard of the Da Vinci Code, but have you heard of the Dennis Rodman Code?  In the last few months, Dennis Rodman has been paired with news headlines about North Korea at an alarming rate after visiting the country in September.  Whether you're browsing USA Today, The Telegraph, Washington Post, CNN, Huffington Post, Chicago Tribute, you name it, you're likely to see a headline with the words "Dennis Rodman" and "North Korea".  A big part of the reason is the upcoming basketball game he is hosting in North Korea on January 8, that will put former NBA Stars against a Senior National North Korean Team that Rodman has been training.

In this September 10, 2013, CNN article, which was posted at 9:33 a.m., CNN mocks Dennis Rodman for defending North Korea and the nation's leader.  That hasn't caused Mr. Rodman to back down however.  In his words, “This is about trying to bridge a gap to a country that people say is so bad.  This country’s not bad. The Marshall now, he wants to change, and I’m there.”

Dennis Rodman is currently the only U.S. citizen in diplomatic talks with North Korea.  Think about that.  Isn't it a shame?  Our nation is constantly fear mongering with the thought of going to war with the nation, even producing movies such as the latest Red Dawn, in which North Korea invades the United States, that only add fuel to the fire.  Why instead, isn't it taking Dennis Rodman's approach?  That is, bridging the gap.  Surely if the former bad boy of the NBA can try to bring peace between the two nations, a higher up in our nation's government can do the same.

In February, Dennis Rodman said he would like to win a Nobel Peace Prize, and is trying to motivate President Obama to find peace with the nation of North Korea.  If President Obama can win a Nobel Peace Prize while signing off on legislation approving assassinations of U.S. citizens, I don't see why Dennis Rodman can't also for trying to bring peace where it is needed.

As for that Dennis Rodman code, check this out.

We'll chalk this 11/11 up as a coincidence and applaud Mr. Rodman in his efforts. 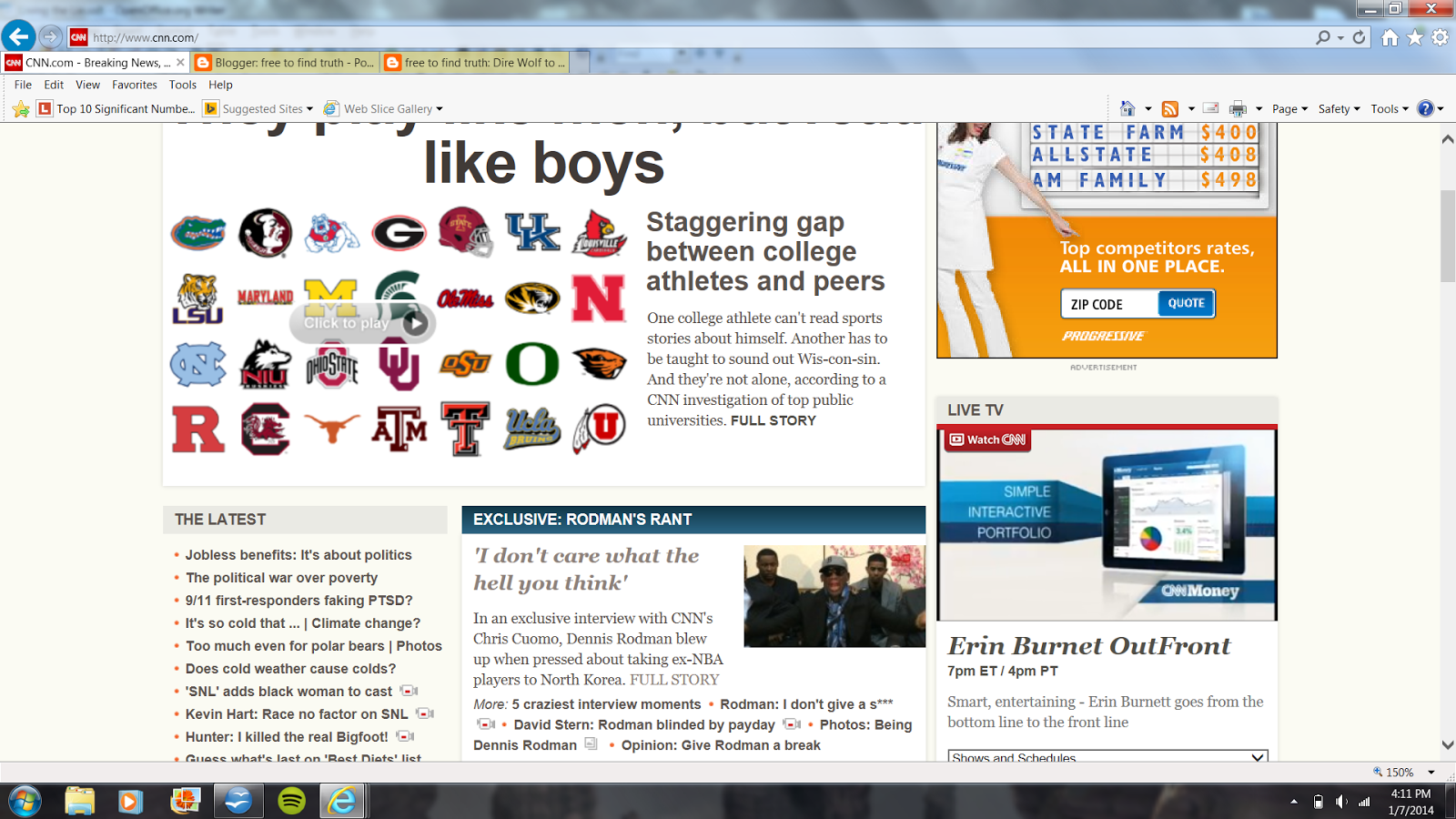 Update:  Today, January 7, CNN is airing an "angry Dennis Rodman rant" as a headline story.  You can watch that segment here.
Posted by Zachary K. Hubbard at 11:00 PM