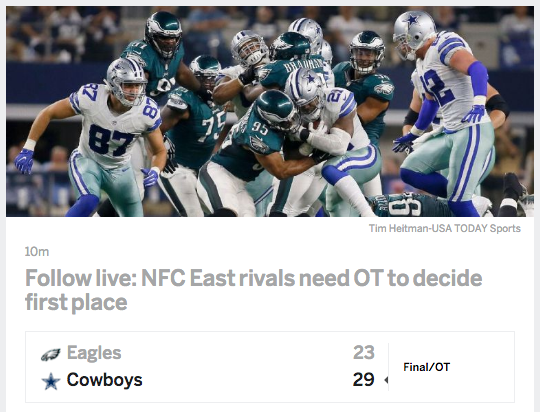 Philadelphia, the city named from Revelation, the book of prophecy.

Of course, Revelation, is based on the 39 Books of the Old Testament...

SNF = 39
Cowboys = 39
Eagles on the 39th Parallel
Carson Wentz, drafted out of North Dakota, the 39th State
The Philadelphia Eagles played the Patriots in Super Bowl 39 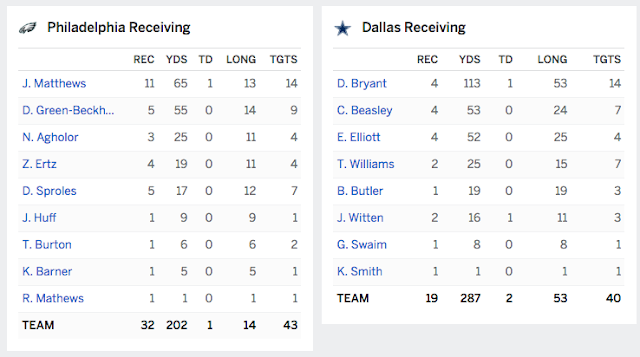