33 Watch: "Haunter" the movie, directed by a Rothschild | The numbers conspiracy


The other night my girlfriend picked out a 'scary' movie on Netflix for us to watch.  It was called Haunter, and something about the film caught my attention early on.  An alarm clock was shown on the screen, and the time was 1:13.  Without giving anything away, this is when the first 'scary event' in the movie takes place.  The event actually happened right as the clock transitioned from 1:13 to 1:14, another number that seems to have meaning in my research.

For example, JFK's accused shooter, supposedly shot from 411 Elm Street, or the number 114 backwards.  The product of four times eleven also equates to forty-four, another number associated with assassination, and that is shown in scary movies such as 'A Haunting in Connecticut'. 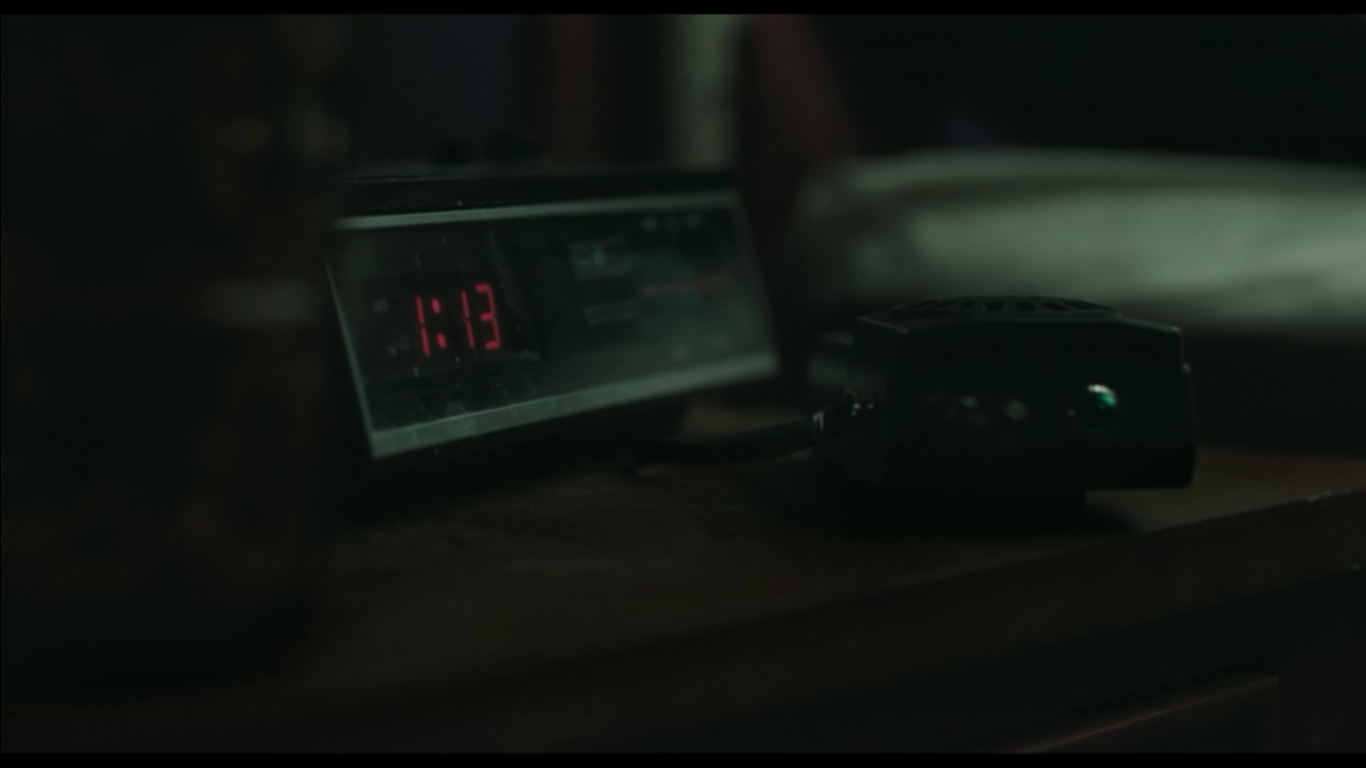 A little later in the film, the same time of 1:13 is shown, the same transition to 1:14, and then another 'scary event'.  After witnessing this, my curiosity was reaching its peak limit, so I started to pay attention to the names of the cast. 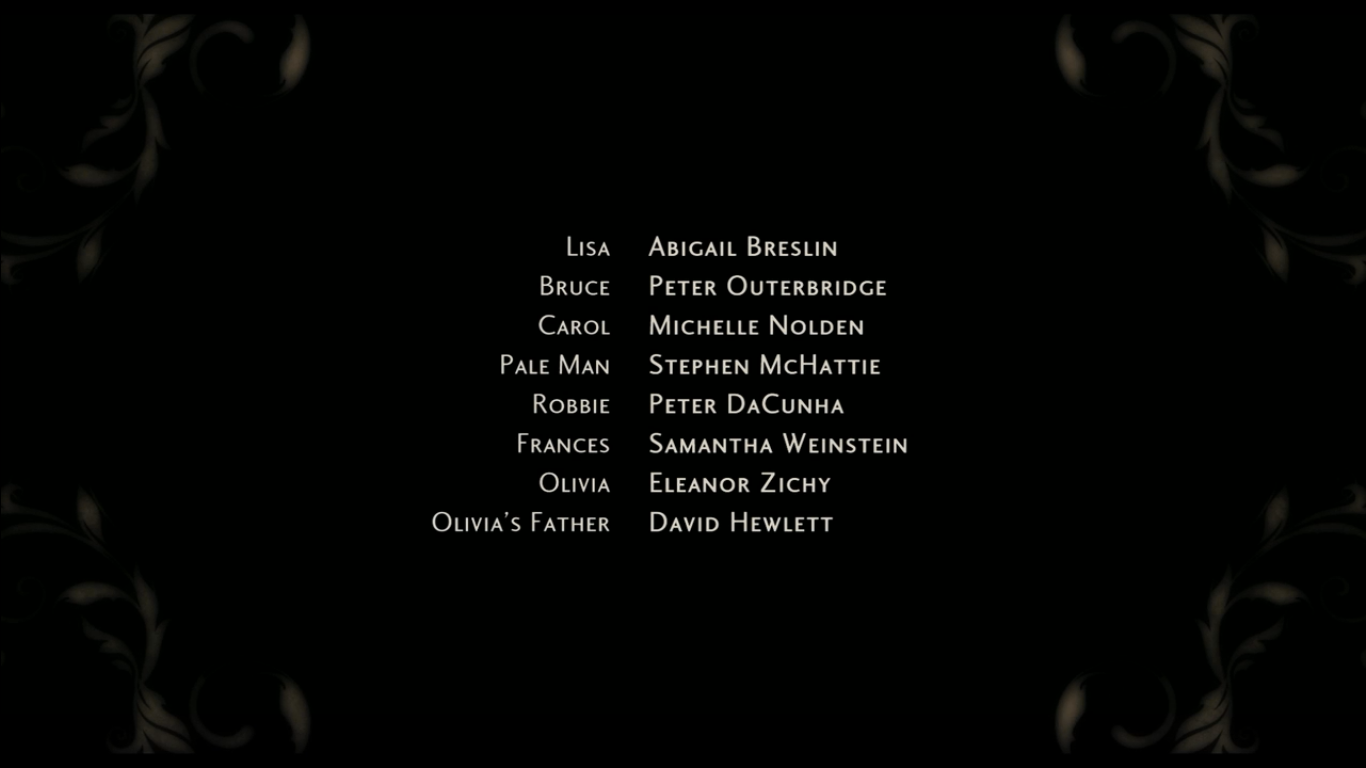 So within the main characters names; we have outcomes of 22, 22, 33 and 5.  We also have a coded 911 and 39 in Lisa, a coded 22 in Robbie, and a coded 33 in Bruce.  Keep in mind the name of the movie is Haunter, which has a numerology of 33.  Wouldn't you say that is quite the coincidence?
As the movie progresses, the main character finds old newspapers hidden in a floor.  They reveal more than a half of centuries worth of unsolved murder mysteries.  The dates on the papers are shown in this sequential order:

Isn't that  a curious set of dates if there ever was a set?  I'm sure there is something tragic for April 30 and November 23 dates as well, but that is just what I had to go with off of the top of my head.  If I should find anything else curious about these dates, I will be sure to update this post.  With that said, when you combine these dates, with the strange numbers already found- from movie titles, to character names, to numbers on clocks... things start to look fishy. 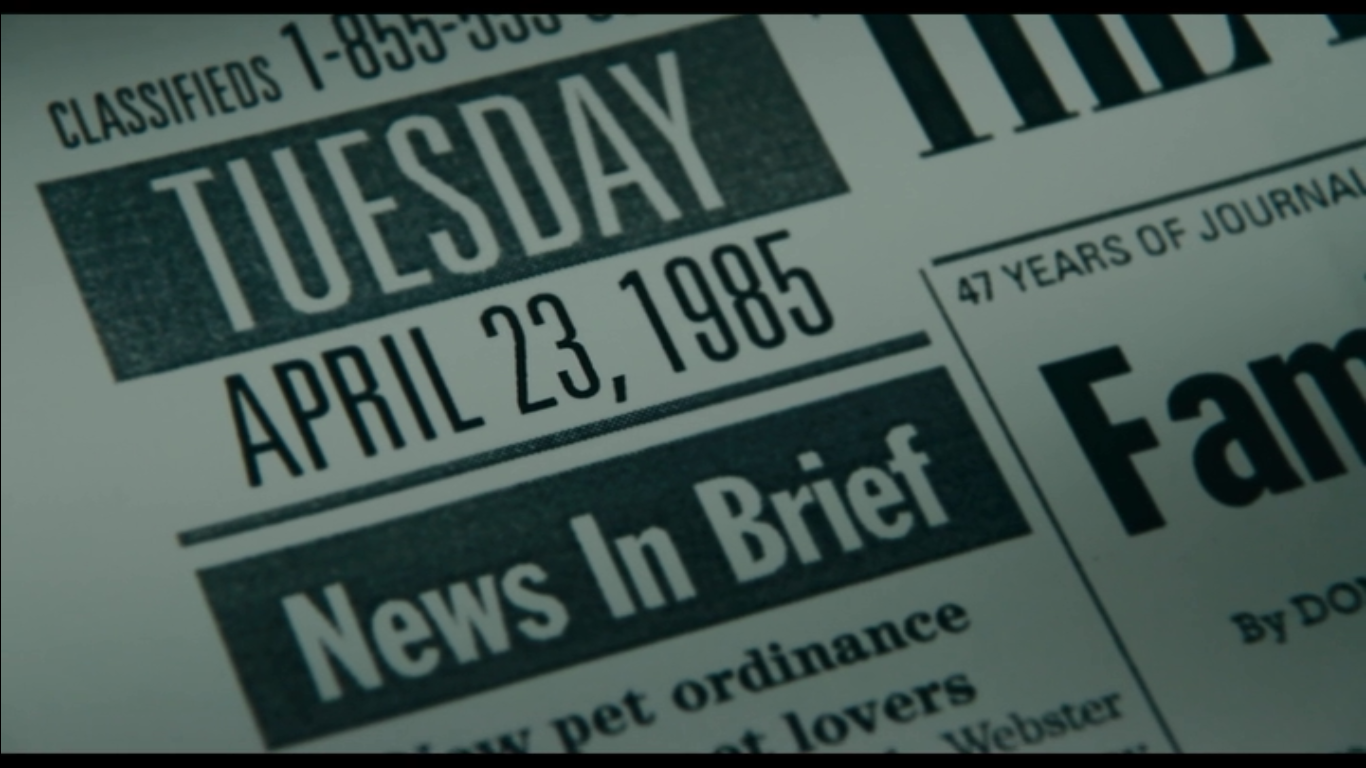 Later in the film it is revealed what day her family was murdered.  That date is April 23, 1985.
The number 32 represents short of being enlightened, because enlightened or 'illuminated' is symbolized in the number 33.  In the end of the film, the main character Lisa finally solves the riddle of her family's mystery, and vanishes into the light.  You could say she "becomes illuminated".  Then the credits role. 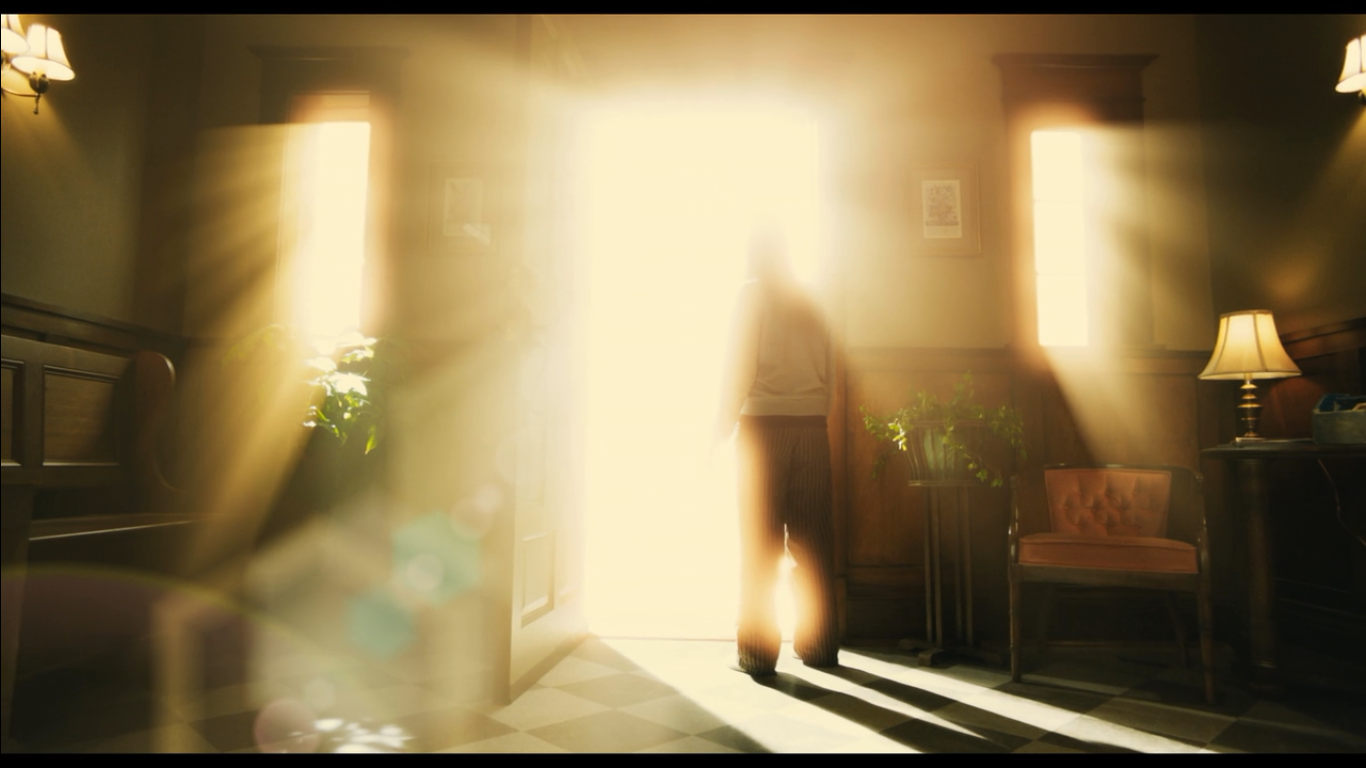 With regards to the number 32, and being short of enlightened, I would like for you to consider the following date, and the following word.
July 4, 1776 is the date we associate with the Declaration of Independence, which I have come to believe is a phony document, and always has been, which was purposefully presented to the masses as a form of deception, and to make us think we were free of Britain's tyranny, which we were not, and which we never have been.  Blaming it on Britain and the English isn't exactly fair either, because these people are bigger than the nation; they just happen to reside their.  They are the shadow government, the are the Illuminati, they are whatever you want to call them; just understand they're the real bosses in this world, not the puppets we get for Presidents, like the 44th- Barack Hussein Obama, or any of them that came before.
To close, let me tell you why my jaw hit the floor when the credits rolled.  Seriously, you'd never guess who was a director for this film...  Howard Rothschild, another 33 name, and a member of the most powerful banking family the world has ever known, the Rothschild's. 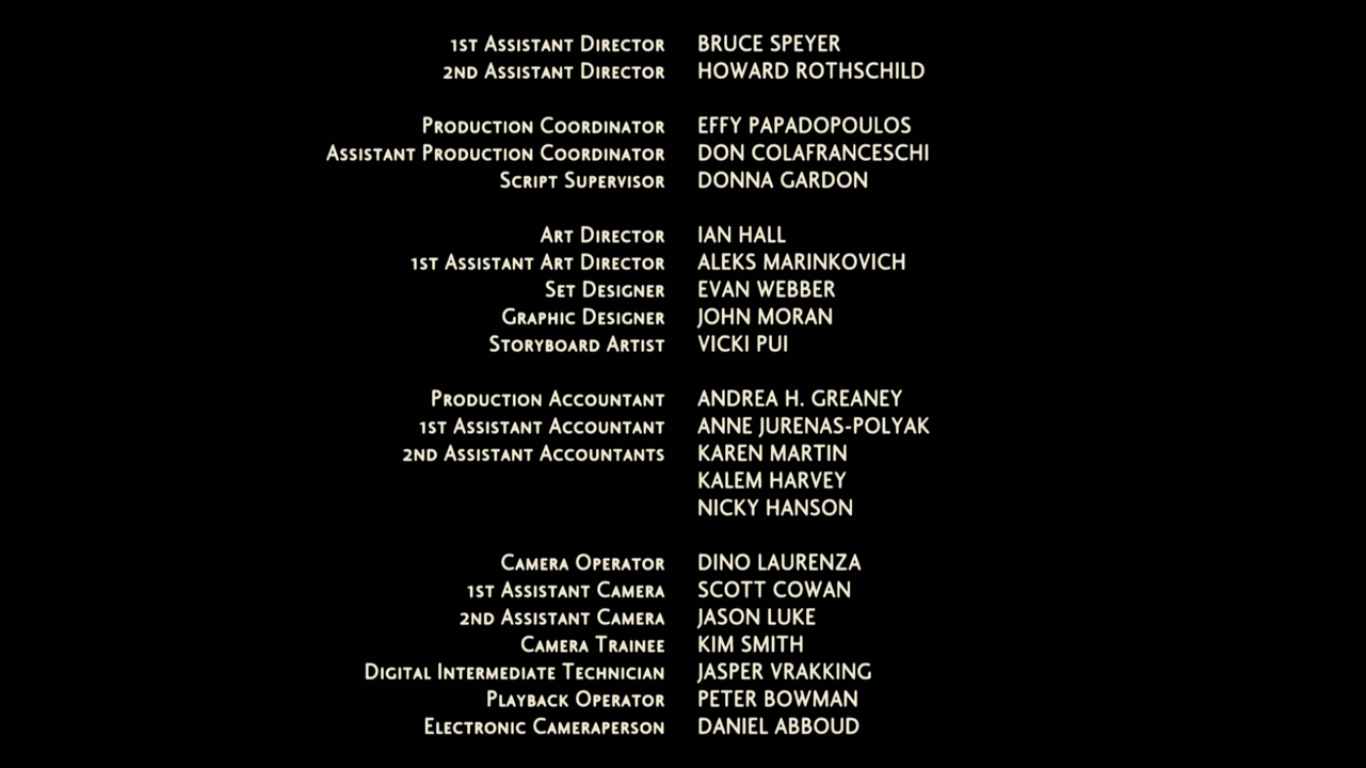 Years ago I learned about the Rothschild family, and how their banking influence spread across much of Europe and into the United States over the course of centuries.  Today, many people accuse them of being the primary force behind the Illuminati and shadow government of the world.  In my research, I have found that they are definitely major players in the startup of the Federal Reserve as well as getting the United States involved in World War I with the Balfour Declaration; that is just their United States involvement, which neglects their accomplishments in Europe and the Middle East.  In other words, they have roots in the most powerful industry in the world; banking and the source of wealth in the modern world, and those roots go back centuries.

Still, there is one last point to make.  The main director on the film is Vincenzo Natali, who has a birthdate of January 6, 1969.
The first film he ever made was released in 1997, and titled Cube.  It is about a kafkaeque maze, and is a serious mind better.  Let us examine the numerology of the word "kafkaeque"
I hope this information sheds light on how movies and reality are intertwined by these people.  It is my theory that they are actively trying to shape and mold our consciousness through media, whether that be movies, television sitcoms, sports, or news.  These numbers are being purposefully coded into all mediums, but for what purpose is hard to say.  Do they have special power?  Or is more of just a ritualistic practice?  ...What we know now for sure is, the Rothschild family is in on it.  So thank you for this movie, it is a gift to we who have open eyes.
Posted by Zachary K. Hubbard at 9:06 PM