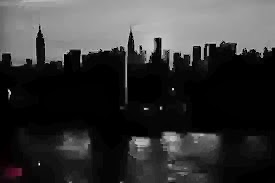 Today information was released in the mainstream media that on April 16, 2013, multiple power stations were attacked by strategic sniper shots that successfully damaged stations and caused California to reroute electricity.  April 16, 2013 was one day after the Boston Marathon bombings and the same day that two major anti-terrorism drills were performed; one drill was performed in Pennsylvania simulating a nuclear meltdown at Three Mile Island; the other drill was performed in the Carolinas simulating a bomb going off at Bank of America Stadium in Charlotte, North Carolina.

What seems curious to me is that this story is being released in the mainstream nearly ten full months later, on February 5, 2014.  Also, this story comes from a period of time when the government seems to have been performing many different drills, for many different scenarios.  In West, Texas, a drill was scheduled for April 17, pertaining to cleaning up a toxic spill.  On that same day, a fertilizer plant exploded.  Also, with regards to the Boston Marathon bombing, it was reported after the attack that the Boston Police Department and FBI were planning to do a drill called "Urban Shield" in which backpack bombs would be detonated on Boston streets.

With this information in mind, is it possible to think that this power grid sniping attacking was also a drill, and possibly done as practice for a larger, more sinister attack?  One can never know when you're living in a world ran by madmen, who still haven't been brought to justice for the acts they committed against the people of the world on 9/11.

If you've never read this blog before, the very first post I made on it was about the next 9/11, and the possibility of it being a national power grid down scenario, as warned about by Janet Napolitano during her resignation from Department of Homeland Security, as well as similar warnings from other prominent politicians.  You can read that post here.
Posted by Zachary K. Hubbard at 7:42 PM