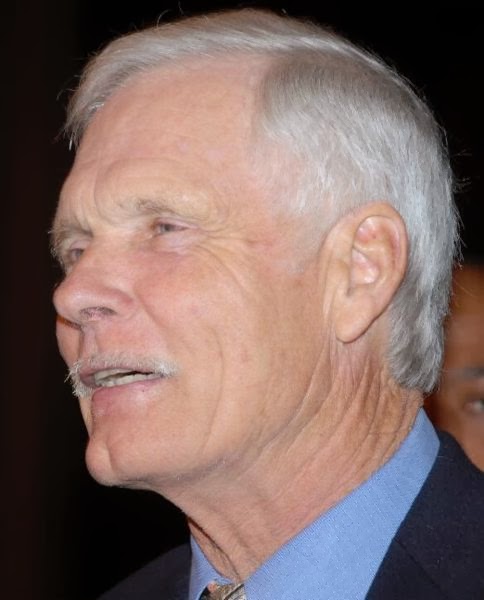 Robert Edward Turner III, better known as Ted Turner, is the founder of CNN.  He also happens to be someone who has some serious 33 numerology going on with his name.  Let us examine.
Making matters even more interesting, is Ted Turner's birthday.  He was born November 19, 1938.
November 19, or 11/19, is also a number associated with the Knights of Templar, a Freemason organization, which was officially established in the year 1119.  Disney paid homage to this fact with their hit movie National Treasure, which was released on November 19, 2004, and was about the Secret Society known as The Knights of Templar.  More recently, on November 19, 2013, Walt Disney's only child and daughter, Dianne Disney-Miller, passed away.  The names Disney and Miller also represent the ranging degrees of Freemasonry.
Ted Turner is well known not only for founding CNN, but for being the biggest lone citizen funder of the United Nations, once providing one billion dollars which established the United Nations Foundation.  When Ted Turner launched CNN out of Atlanta, Georgia, on June 1, 1980, he had the following to say; "We won't be signing off until the world ends. We'll be on, and we will cover the end of the world, live, and that will be our last event . . . we'll play 'Nearer, My God, to Thee' before we sign off."
CNN is the news network that first broke the story of planes flying into the World Trade Center towers on September 11, 2001.  Since then, they've broken the story of the Sandy Hook School shooting and the Boston Marathon bombings.  Ted Turner is also on the record publicly stating that he thinks the world's population needs to be reduced.  His exact wording was as follows, “There is a single theme behind all our work–we must reduce population levels. Either governments do it our way, through nice clean methods, or they will get the kinds of mess that we have in El Salvador, or in Iran or in Beirut. Population is a political problem. Once population is out of control, it requires authoritarian government, even fascism, to reduce it…."

Talking about population control reminds me of the Georgia Guidestones, which are located in the same state of Georgia.  The first rule on the massive stone pillar is "Maintain the earth's population at 500 million.  The stones were placed where they stand in Georgia on March 22, 1980, not even three full months before the launch of CNN.  The date March 22 is associated with the number 322, which is associated with the Secret Society Skull and Bones of Yale.  The members of that society refer to themselves as Bonesmen, another word with a numerology of 33.
If it is true that Ted Turner is associated with the Illuminati, and has told us that his news network is going to be on the air until the end of the world, something tells me we should listen.  What might seem like an off the cuff joke, might in fact be the pure and honest truth.
Posted by Zachary K. Hubbard at 3:32 PM