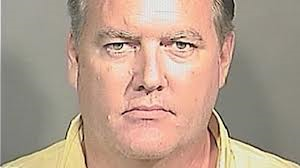 Michael David Dunn is the accused in the 'Loud Music Killing' case that is happening currently in Florida, the same state where the Trayvon Martin murder took place after his February 2012 death, and the same state that once helped George W. Bush fraudulently take the White House and Presidency.  As in the case of the Trayvon Martin murder, and even George W. Bush himself, this incident is coded with 33 numerology and a whole lot more.  Let us begin with the numerology of Michael David Dunn, the shooter.

Further, the initials MDD equate to 444, because M is the thirteenth letter and 1+3 = 4; and D is the fourth letter, thus D = 4.  (V also equates to 4 because V is the twenty-second letter and 2+2 = 4; thus DMV = 444).  The number 444 has a direct connection to the state of Georgia, where Georgia is the fourth state, and has a coded Gematria/Numerology of 44.
The teenager shot by Michael David Dunn, was seventeen years old, just like Trayvon Martin.  The name of the teen is Jordan Davis, and he was from the town or Marietta, Georgia.  Let us examine the numerology of Marietta, Georgia to see if we can find anything curious.
Let us also quickly review the numerology surrounding the Trayvon Martin case.  In that case, the killer was George Zimmerman, who also had a middle name of Michael.  Ask yourself, what are the numerical values of TM and GZ, the initials of the killed and the killer?
What the 'Loud Music Killing' and the 'Trayvon Martin Murder' have in common besides numerology, is that they don't make much sense.  In the case involving Michael Dunn, his story is that he was driving home from his son's wedding while with his girlfriend when he stopped for gas.  At the gas station, he encountered an SUV with three teens who were playing loud music, so loud that the bass was shaking his own car mirrors.  In turn, Michael Dunn walked towards the vehicle and asked them to turn down the music, which they complied with.  However, after that, one of the teens started making threatening remarks and referred to Michael as a "cracker".  Mr. Dunn, then feeling frightened, shot nine bullets into the SUV, killing Jordan Davis, the seventeen year old.  Later, police found that the SUV had no weapons inside it, and the teens were unarmed.  Despite these facts, Michael Dunn is maintaining his innocence and saying he acted in self defense.

This isn't a new practice, only one that is becoming easier to identify thanks to the information age, as well as the government's and media's increased use of these tactics in recent years.  Let us close by looking at another media/government hoax that was carried out while Jimmy Carter was the President.  While he was in office, there was a 444 day hostage crisis being played out between the United States and Iran.  Jimmy Carter is from Georgia, the fourth state with the coded forty-four in its name.  The crisis would end on the 444th day, when Jimmy Carter was exiting the Presidency, and the 33rd Governor of California, and former movie star Ronald Reagan was taking over the White House.  Sixty-nine days after becoming the President, Ronald Reagan would survive an assassination attempt, that would take place at the time of 2:27 PM, or 33 minutes 'til 3.