The Number 444, Jimmy Carter, and the Iranian Hostage Crisis Conspiracy 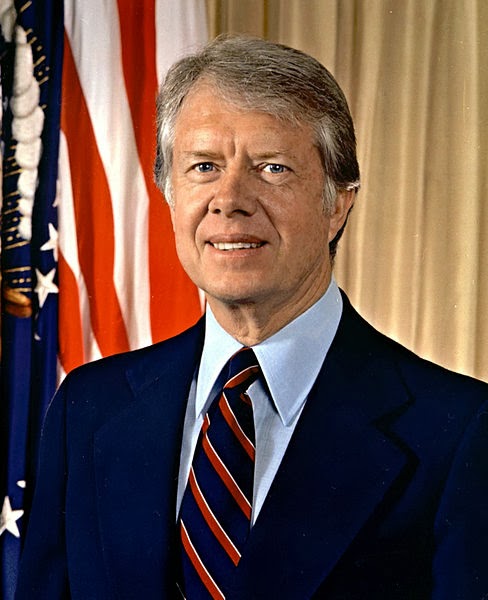 If we go through U.S. Presidents in reverse chronological order- we have Barack Hussein Obama, George W. Bush, Bill Clinton, George H.W. Bush and Ronald Reagan.  All these men have significant 33 numerology in their lives and you can read more about that fact here.  The President before Ronald Reagan, Jimmy Carter, does not appear to have this connection to the number 33.  Instead, he has strong connections to the numbers 44 and 444.

With regards to 444, it would be a 444-day Iranian hostage crisis that would define his presidency and deny him a second term as President of the United States.  Jimmy Carter was replaced by a former Hollywood movie star, and the 33rd Governor of California, Ronald Reagan, who would end the hostage crisis on his first day as President (and Jimmy Carter's last day), in movie-star fashion.

To explore Jimmy Carter's 44 numerology, let us examine the state he is from, Georgia.  In numerology, there is a practice called Gematria, which is decoding the alphabetic characters of words, names and phrases as numbers.  Georgia is the fourth state and has a Gematria of 44; let us decode the hidden numerical value.
Further, let us see it in comparison with the first five states.

Jimmy Carter's Presidency is best remembered by the following events: