33 42 | My Brother's "Keeper" and the Trayvon Martin Connection 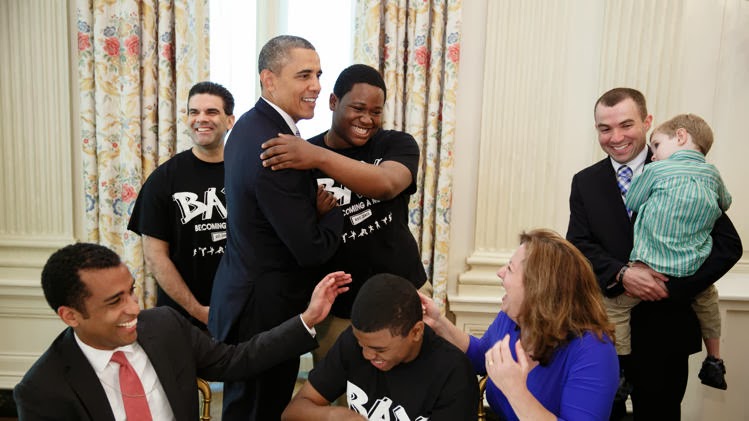 Today President Barrack Hussein Obama announced his new program meant to 'bolster life for young men and boys of color.'  It comes two years and one day after the shooting of Trayvon Martin, a story that broke in the news media exactly two years ago, February 27, 2012.  The name of the Program is "My Brother's Keeper"; a name with yet another 33 coded in.  Further, President Barack Hussein Obama referenced the Trayvon Martin incident with regards to this program, and how "My Brother's Keeper" is intended to help mitigate problems such as that.  How?  That remains to be seen.  As of today, it is a program funded by 9 private companies to the tune of $200 million US.

With that said, lets's break down the numerology of the coded 33, 'Keeper'; as in "My Brother's Keeper".
And recall, the Trayvon Martin case, as fake as it seemed, and seeming faker and faker each day with the ongoing George Zimmeran and guns soap-opera, was full of 33's.  The initials of the two main characters, Trayvon Martin and George Zimmerman, each sum to 33.
In his testimony, George Zimmerman said he first became suspicious of a black youth in the neighborhood from an incident on February 2, of the 33rd day of the year.  It would be twenty-four days later that he would shoot Trayvon Martin, fatally.  On March 3, or 3/3, or 33... Trayvon Martin would be buried.  It would be nearly two weeks later before his father would supposedly sign off on witnessing that the deceased was in fact his son.  Can you imagine a father waiting so long?  No one other than Tracy Martin, his father, identified the body.  He too, has initials summing to 33.

In attendance for President Barack Obama's historic announcement were Michael Bloomberg and Magic Johnson.
If you ask me, that's a lot of 33 action, and I don't think it is by coincidence.  It will be interesting to see what this program goes on to do...  If you want to hedge your bets, it seems that 33 is typically on the side of things that are not good.

CNN has video of speech.
Posted by Zachary K. Hubbard at 10:55 PM