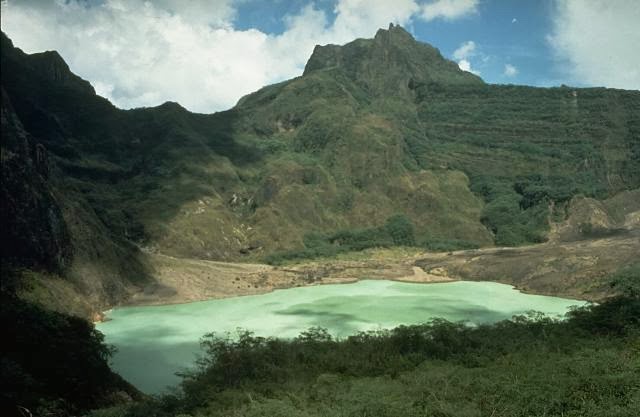 On February 3, Mt. Sinabung erupted, killing some local villagers.  On Friday, February 14, what is Valentine's Day in certain parts of the world, Mt. Kelud, also of Indonesia, erupted killing a few locals.  It was the first time since 2007 the mountain erupted.  In 1990, Kelud also erupted, killing 30 people.
As the mountain was erupting, lightning bolts were seen striking the cone of the mountain.  This is a phenomenon that has been seen before at major volcanic eruptions, and was first reported during the eruption of Iceland's Surtsey in 1963.  The eruption of Surtsey occurred 33 km off the coast of Iceland, and brought a new island to the surface of the Pacific.  This phenomenon of lightning striking an erupting volcano was also caught in Japan in February of 2013, at Mt. Sakurajima.  The Pacific Rim, which Indonesia and Japan are a part of, circles around the Pacific and runs along the western coast of Americas as well.
Posted by Zachary K. Hubbard at 4:56 PM