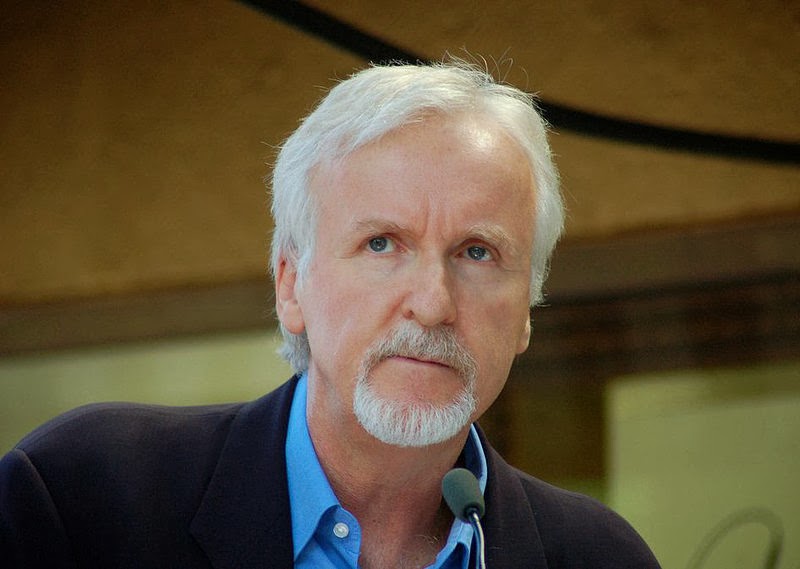 James Cameron is one of the most famous movie directors in the motion picture world today.  He is even credited with advancing the technology of the genre, by enhancing 3-D film through a camera he developed himself, which he debuted with the release of Avatar in 2009.  Before we get into James Cameron's list of movie accomplishments, let us examine the numerology of his name.
Before becoming an independent director, James Cameron worked for Roger Corman, owner of "New World Pictures".  In that capacity, he would help with the sequel to the Piranha franchise before moving on to become a debut director.  In 1984, James Cameron made his directing debut with the blockbuster hit, The Terminator.  The numerology of this film's name is quite revealing.
A premise put forth in this blog is that the English language was developed by people who practiced Gematria; that is coding numbers within names, words and phrases.  The premise is put forth further, that these same people are infatuated with the number 33; thus why "the" is equal to thirty-three.  The is a building block in the English language, and one of the most heavily used words.  If you were trying to manifest energy from a number, or have it spread, why not make the single most important word, or commonly used word, 33?

Moving along, James Cameron's next film was Aliens, released in 1986.  In this movie, it is revealed that human life originates from another planet, planet LV-223.  L is numerology can represent 3, and V can represent 22.  Thus, LV could equal 322, and LV-223 could represent 322-223.  Please recall that the number 322 is associated with Yale's Skull and Bones, another society that is fixated on the number 33.  Their members are referred to as Bonesmen, which also has a numerology of 33.
After Aliens, came The Abyss, released in 1989.
The Abyss is about a diving team trying to recover a lost nuclear submarine, when they encounter an Alien presence.  If you notice, James Cameron's movies are fixated around humans, aliens and the survival of the species.

James Cameron's next film was my personal favorite as a child, Terminator 2: Judgment Day.  If you watch the movie today, you might see what I refer to as "9/11 Foreshadowing".  As Arnold is saving the young John Connor, who is being chased by the antagonist in the story, they drive under an underpass that says clearly, "Caution 9'11".  Perhaps it was just a coincidence, or perhaps it was a little warning from the powers that be, sent to the unknown and unsuspecting.

Next up was True Lies, released in 1994, a film about an undercover CIA agent who hides his life from his wife and must stop terrorist from destroying the world with nuclear bombs.  Do you see a trend yet?  In 1995, he released the film Strange Days, about a man who uncovers an LAPD conspiracy.  Police of course, has a numerology of 33.
In 1997, James Cameron would become arguably the most successful director of all-time, with the release of Titanic.  If you were not aware, the sinking of Titanic was a well planned conspiracy, that killed four of the world's richest men, and men who were opponents of centralized banking.  The richest man in the world at the time, John Jacob Astor, was one of those who died.  Of course, all of these details are left out of Cameron's film.  Also, the sinking of the Titanic was written about more than twelve years before the event actually happened, in the book, Futility: The Wreck of the Titan.  You can learn more about that here.  It should be noted that Titanic 3-D was released on April 4, 2012.  Let us not forget April 4, 10 days prior to the 100 year anniversary of the actual sinking of Titanic.  Also, April 4 is a day that has seen a good amount of assassinations in our nation's history; from Martin Luther King Jr. to William Henry Harrison.

James Cameron would then work on TV sitcoms as well as Terminator sequels until 2009, when he released Avatar, the biggest grossing motion picture of all-time, eclipsing Titanic.  The movie Avatar takes place on the planet Pandora, and is again a movie that puts humans against aliens, in a fight for survival.  Let us close by examining the numerology of Pandora.

James Cameron studied at Fullerton College.
He was born August 16, 1954 in Kapuskasing, Ontario.