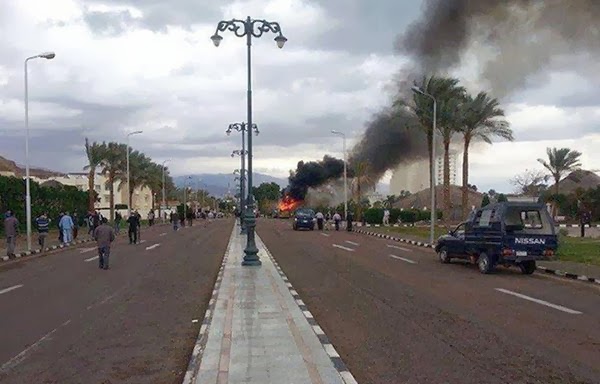 Sunday, February 16, 2014, a tourist bus exploded while approaching the Israeli border from Egypt.  The bus was carrying thirty-three South Korean visitors, as reported by CNN and the LA Times.  At this time, it is believed at least three people were killed, and several others injured.  What I find most curious is thirty-three people being on the bus, and them being South Korean.  This attack coming on the border of Israel and Egypt is also alarming, especially considering the fact that Israel has been trying to stir up conflict in the region in recent months.